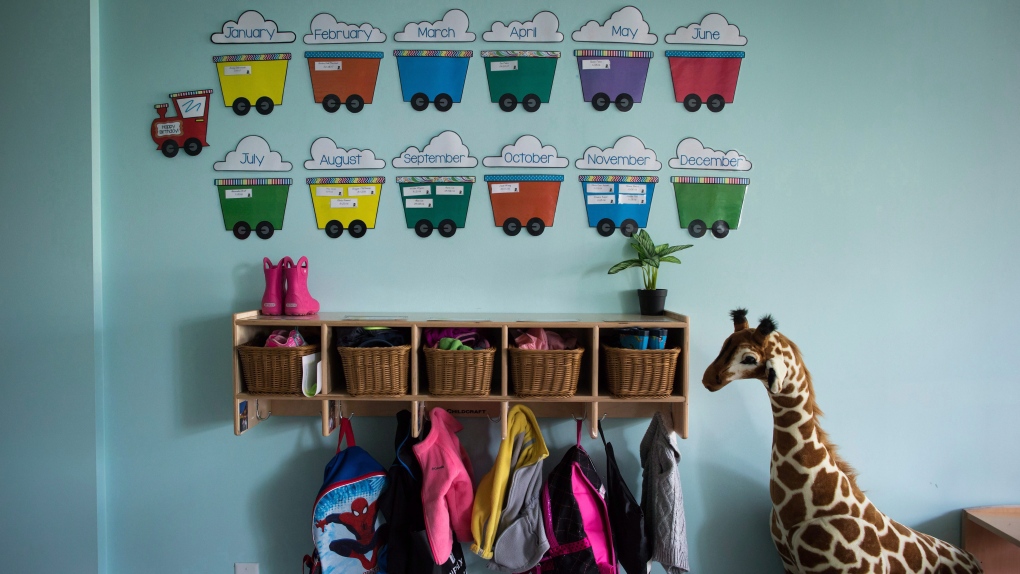 The child-care officials said parents with children under the age of three in group care will see the biggest savings with fees being reduced up to $550 per child each month by Dec. 1.

Parents with children aged three to five could see fee reductions up to $445 monthly. Those with children in kindergarten receiving before- and after-school care could save up to $220 per month.

Savings will be higher for families accessing group care than for those using family and in-home care.

The province said it’ll work directly with child-care providers, so parents won’t need to apply to get lower fees. The new savings aren’t income-based and officials estimate families of about 69,000 children will benefit from the fee reductions.

Child-care providers will be able to raise their fees, but by no more than three per cent of the typical fee being charged by similar providers in their region.

By the end of the year, parents with kids in kindergarten and younger are expected to pay an average of $21 per day. The province said that’s down from an average of $53 a day before any of its ChildCareBC supports were implemented.

Applications for those spaces were reviewed on a rolling basis and were accepted until mid-August.

Officials said Friday the province is on-track to offer these child-care spaces.

How accurate is the McDonald's CEO on Chicago crime?

The Winning Photos From the reFocus Awards ‘One Shot’ Competition