Depression Symptoms: What a new study does – and does not – tell us about antidepressants and serotonin 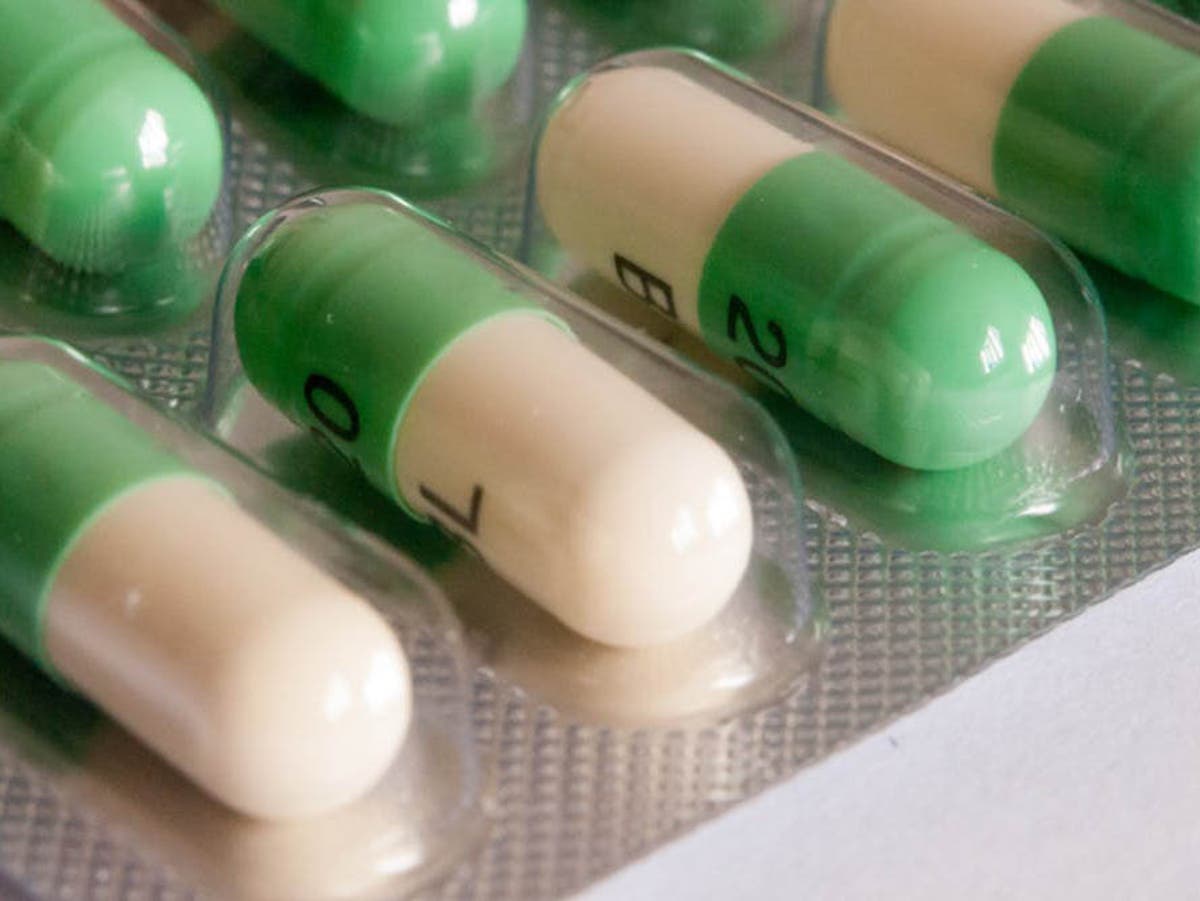 A new umbrella review challenging long-held public beliefs about the cause of depression has caused a stir in the psychiatric community but it has not advised people to quit their antidepressant treatments.

The Serotonin Theory of Depression: A Systematic Umbrella Review of the Evidence was published in the journal Molecular Psychiatry, and found that after reviewing a collection of previously published studies examining the connection between serotonin levels and depression there was little evidence to support the established idea that chemical imbalances were the cause.

The study’s underlying questions probe why the chemical imbalance theory of depression remains the default in both the medical community and the broader public despite the alleged lack of evidence, and how that theory became dominant in the first place.

Dr Joanna Moncrieff, a professor at University College London and a 30-year consultant psychiatrist for the National Health Service in the UK, is one of the paper’s lead authors. She spoke with The Independent about the research, its implications, and the response the study has received from the medical community and the public.

What does the study actually say?

In the simplest terms, the study found there was insufficient evidence to support the prevailing belief in the public and some medical institutions that a chemical imbalance in the brain causes depression. As a result, the study questions the wisdom of doctors prescribing patients with antidepressant medicines without a more robust understanding of the drugs’ long-term health effects.

“The chemical imbalance theory of depression is still put forward by professionals, and the serotonin theory, in particular, has formed the basis of a considerable research effort over the last few decades,” the study concluded. “The general public widely believes that depression has been convincingly demonstrated to be the result of serotonin or other chemical abnormalities, and this belief shapes how people understand their moods, leading to a pessimistic outlook on the outcome of depression and negative expectancies about the possibility of self-regulation of mood. The idea that depression is the result of a chemical imbalance also influences decisions about whether to take or continue antidepressant medication and may discourage people from discontinuing treatment, potentially leading to lifelong dependence on these drugs.”

In a blog post following the study’s release, and in her interview with The Independent, Dr Moncrieff stressed that individuals using antidepressant drugs like SSRIs who are contemplating whether or not to continue with their treatments should do so with the continual guidance of a doctor and to only come off them in a controlled, supported, and gradual process.

In other words, people should not react to this study by suspending their antidepressant treatments, but should continue to work with their doctors to address their mental health and any underlying causes that could be contributing to their depression.

Academic reaction to the research

Despite those warnings, the study has been met with some resistance within the medical community. A slew of doctors have circled their wagons around the use of antidepressant drugs, arguing that it is well understood in the medical community that depression is caused by a confluence of factors, not just a chemical imbalance, and that those treatments are still effective at managing those symptoms.

Dr David Curtis, Honorary Professor at the University College London Genetics Institute, told the Science Media Centre: “This paper does not present any new findings but just reports results which have been published elsewhere and it is certainly not news that depression is not caused by ‘low serotonin levels’. The notion of depression being due to a ‘chemical imbalance’ is outmoded, and the Royal College of Psychiatrists wrote that this was an over-simplification in a position statement published in 2019.

“Nor is it the case that SSRI antidepressants increase serotonin levels. Their immediate action is to alter the balance between serotonin concentrations inside and outside neurons but their antidepressant effect is likely due to more complex changes in neuronal functioning which occur later as a consequence of this. It is very clear that people suffering from depressive illness do have some abnormality of brain function, even if we do not yet know what this is, and that antidepressants are effective treatments for severe depression whereas interventions such as exercise and mindfulness are not. It is important that people with severe depression are not discouraged from receiving appropriate treatments, which can make a huge difference to them and those around them.”

Dr Moncrieff said she was not surprised by the reaction to the study, and agreed that the theory presented was likely not news to the academic world, but probably was to the general public.

“Some psychiatrists have said quite publicly that no, there hasn’t really been evidence for [the serotonin theory of depression] for a while, but no one’s wanted to highlight it or certainly highlight it to the public,” she said.

Further, Dr Moncrieff agrees that antidepressant drugs can be beneficial for individuals who take them, whether that be by dulling intense emotional states caused by depression or through the placebo effect. However, she cautioned that the medical community should have a better understanding of what the drugs actually do if they are going to be used.

“It’s crucial for people to understand that we don’t really know what the effects – the mental and behavioral – effects of these drugs are,” she said. “They do have mental and behavioral effects, one of which is likely emotional numbing, which may or may not be useful. I’d guess in the long term it’s probably not useful for most people, but there may be some people that feel in a crisis or an emergency that that would be something helpful.”

She also said that antidepressants are “definitely” having placebo effects, and that those effects have been confirmed in clinical trials.

How did antidepressants become the norm for treating depression?

The serotonin theory of depression was introduced in the 1960s, when doctors first theorised there was a link between serotonin levels and individuals who experienced depressive states. That remains the prevailing theory into the 1990s, when pharmaceutical companies began advertising SSRIs – which increase serotonin levels in the brain – directly to consumers, at least in the US. They also market the drugs directly to doctors, which Dr Moncrieff believes is a contributing factor to their dominance as a primary treatment for depression.

“In the 90s and the early naughties there was a huge marketing effort directed at doctors – you’d walk into a doctor’s office and there were just Prozac mugs and pens all over the place,” she said. “And I think that’s another reason why doctors didn’t really question it, they were just bombarded with this idea that this is the fact, this is the situation. If you repeat something enough, people are like to believe it. That’s it really.”

However, as the UK’s National Health Service notes in its guidelines, SSRIs are also used specifically because their short-term side effects are not as severe as other antidepressant drugs. As Dr Moncrieff has stated, the drugs are effective at helping individuals suffering from depression, but she argues it’s clear based on the results of the study that they alone cannot be the foundation for combatting depression. While the medical community largely agrees with that sentiment, that message isn’t as well known among the public.

Following the paper’s publication a TikTok user named Liv Speakman – who graduated from Oxford with a focus on psychology and neuroscience – praised the research in a video that garnered more than 460,000 views. She argued it was a positive step toward combatting pessimism among individuals experiencing depression who believe they are doomed to forever suffer from their affliction.

Her comments section was filled with laypeople who expressed confusion and some trepidation about the news. They asked if it meant their antidepressants were ineffective and whether they should continue treatment. In a follow-up video, she explained that SSRIs and other antidepressants were still useful and that people should continue working with their doctors to treat their depression. Ms Speakman likened the drugs to painkillers, saying people do not take painkillers because they have an insufficient amount of painkiller in their bodies, but rather because the medicines numb the pain and allow them to live their lives.

Another content creator, Rebecca Watson, who runs a medical misinformation debunking YouTube channel and website called Skepchick, had a more critical take, but her focus was primarily directed at news websites running with headlines that suggested antidepressants were not effective at treating depression.

She cited a Daily Mail story that ran with a line stating “Have millions been taking antidepressants with harmful side-effects for decades – when there’s no scientific evidence they do what they claim? Some experts have suspected it for years. Now patients have been left reeling by a groundbreaking study.”

“To repeat, everything I just read to you is wrong. So incredibly, stupidly, infuriatingly wrong. ‘There’s no scientific evidence (antidepressants) do what they claim?’ Wrong,” she said in a recent YouTube video. “There are HUNDREDS of randomized controlled trials that show that antidepressants help people with depression at a higher rate compared to placebo. There is no ‘new research’ that rebuts this. None.”

Reporting that covers complex health and science issues has frequently been derided by experts for misstating and misleading the public, either through misunderstanding the facts or by sensationalising them to draw in readers.

Indeed, Dr Moncrieff says she undertook the work specifically to highlight the fact that what the public knows and what experts know about depression are incongruent, and that rectifying that fact through further study should be a priority for communicators and researchers alike.

Big stage fright gets to India again as they lose to…