Fady Dagher will be Montreal’s next police chief 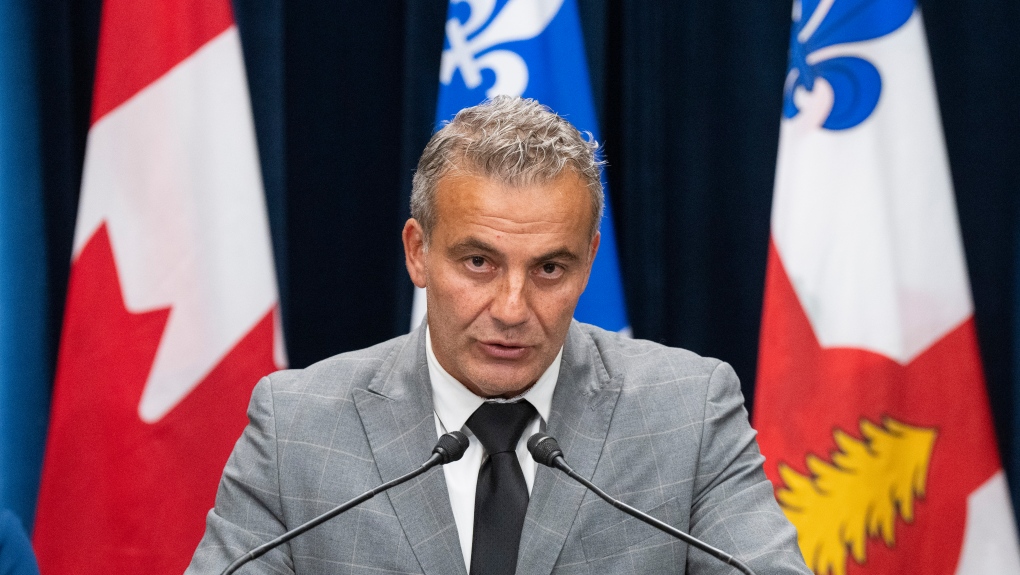 After a months-long headhunt, the city confirmed Wednesday that Fady Dagher has been selected as the new chief of the Montreal police service (SPVM).

Dagher, who is currently chief of police in Longueuil on Montreal’s South Shore, is poised to take over the Montreal police force following the early retirement of former chief Sylvain Caron last March. Sophie Roy has since been serving as interim police chief.

The city’s executive committee will have a chance to vote on the selection by Dec. 22, before it has to be ratified by the Quebec government, likely in the New Year.

In his first address before the media since the selection, Dagher outlined part of his vision for the SPVM. Among the major themes are a return to community policing, a model that earned him praise on Montreal’s South Shore, as well as preventing racial profiling within the force — a matter he says he’s familiar with.

He admitted he had, in the past, unconsciously racially profiled people as a police officer and has also been the victim of it, too.

“So when you tell me about the distance, and the trust, and distrust between the community and the police, I understand that. I think we have no choice because we are condemned to work together. We have to find a way to build those bridges,” he said Thursday.

“And most of the time we are talking about the unconscious bias. But it doesn’t mean we can excuse them. It doesn’t mean that it’s acceptable. We have to find a way to work together.”

Fady Dagher, the incoming Montreal police chief, speaks to the media for first time on Thursday, Nov. 24, 2022, since a committee selected him for the job. (Kelly Greig/CTV News)

DAGHER WAS PREVIOUS DEPUTY CHIEF OF THE SPVM

Montreal Mayor Valérie Plante congratulated him at City Hall, saying he can help build a safer and more inclusive city.

“Fady Dagher will strengthen the Montreal model of public security that we have been putting in place for over a year. He is a Montrealer who understands the reality of our metropolis and our communities and who is returning home after 25 years with the SPVM. I congratulate the selection committee for its rigorous search for the best candidate for the position of head of the SPVM,” said Plante in a news release.

The incoming chief has also been praised by outsiders for introducing a new policing model in Longueuil, one that includes a foot patrol unit that deals specifically with people facing social issues such as homelessness and mental illness.

The Reseau d’entraide sociale et organisationnelle (RESO) initiative is still in its infancy but was hailed a milestone in rethinking policing culture and received a $3.6 million commitment from the province over three years.

Dagher, who holds a Master’s degree in business administration from McGill University, has been the Longueuil police chief since February 2017, but he is no stranger to Montreal.

He has 25 years of experience working at the SPVM in various roles, including deputy police chief from 2013 to 2017. He also served in other roles in Montreal, including inspector and commander.

A job posting for the new SPVM chief went online back in October, but the official search for the position started months earlier and included public consultations with 700 people and community groups who weighed in on the future of policing in Quebec’s largest city.

The recommendations from those consultations included the need for better communication from the chief, transparency, and accountability. Attracting officers from more diverse backgrounds was also a request from the public.

On Montreal’s South Shore, he led an effort in recent months to recruit more non-white police officers on the Longueuil force in order to make the rank-and-file more representative of the community it serves.

Dagher, an immigrant from the Ivory Coast, said in a 2021 interview with CTV News that the initiative was meant to instill trust among youth and build bridges with minority communities. 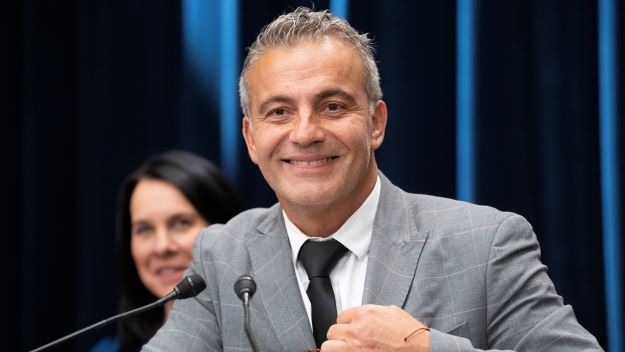 Fady Dagher smiles while asked a question after being introduced as the new chief of the Montreal Police service in Montreal, on Thursday, Nov. 24, 2022. THE CANADIAN PRESS/Paul Chiasson

Earlier Thursday, he told city councillors how he envisions taking a new approach to policing in Montreal through a return to the model of community policing, one in which relationships are built not just during 911 calls.

“During those interventions, it’s extremely difficult to build some real bridges, some communication with the community because we’re under an emergency,” he said.

“We have to find a way to get closer and closer to the community outside of emergency calls. That’s one part. The other part is to look into the criteria. How do we hire the police officers? Are we hiring them on the technical intelligence? Can we also hire them on the emotional intelligence?”

He stopped short of saying there needs to be a culture change at the SPVM when asked by a reporter. One of his top priorities when he officially takes the helm is to meet with his officers and the police union — the Fraternité des policiers et policières de Montréal — to get a sense of what the needs are going forward.

Any kind of radical change, however, will be a significant challenge, according to one expert.

“He needs … the support of the administration, the police union, and the community. Because some folks in the community expect, again, the Messiah to come in and resolve all things, and racial profiling will magically disappear, and that’s not going to happen,” said Alain Babineau, the racial profiling and public safety director at the civil rights group, Red Coalition, and a 27-year veteran of the RCMP. 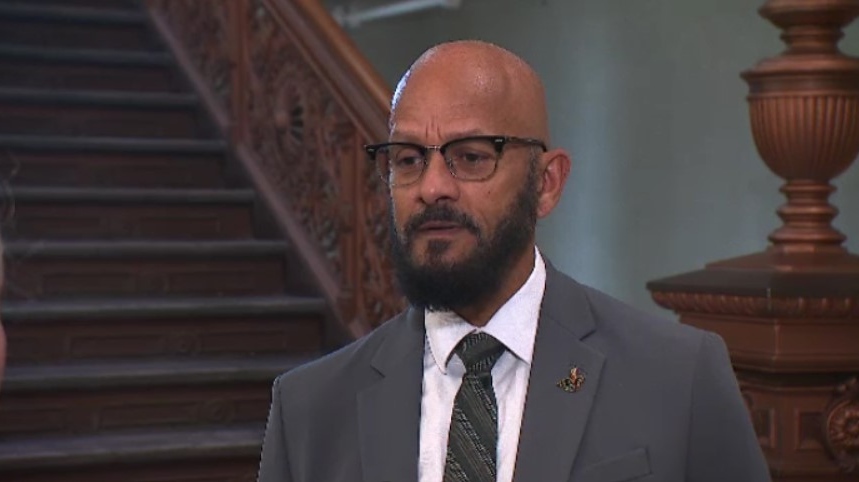 Alain Babineau is the racial profiling and public safety director at the civil rights group, Red Coalition, and a 27-year veteran of the RCMP. (CTV News)

The union joined others online in welcoming Dagher back to the community. In a series of tweets, the police brotherhood extended a “warm welcome” to him, but hinted there are other priorities beyond tackling violent crime, including working conditions for officers “in a context of competition, shortage of recruits and numerous retirements and resignations.”

The selection comes at a sensitive time. Caron retired early from the SPVM in the fallout of the wrongful arrest of Mamadi Camara, and the force is currently in collective bargaining talks with the police brotherhood — an area where a new chief might face some resistance.

“I’m sure that a lot of Montreal police officers are a lot more concerned about settling their work contract at the moment than they are about implementing a new concept of policing. Not that they’re against it or anything, but those are the things that Mr. Dagher will have to address,” said André Durocher, a retired SPVM officer.

Overall, Dagher will be a significant asset to the SPVM, according to Durocher, who worked alongside the incoming chief when Dagher was a commander in Montreal’s Saint-Michel neighbourhood.

The appointment, as far as Fo Niemi is concerned, marks a significant chapter in Montreal’s history.

“This is a major, historic development — possibly one of the greatest developments in policing in Montreal in recent years — because of who he is, because of his track record, because Mr. Dagher has vision, and also his ability to bring different people together around the issue of public safety,” said Niemi, the head of the Montreal-based civil rights group, Center for Research-Action on Race Relations (CRARR).

His background, along with his several years of policing experience in the Montreal area, makes Dagher an ideal selection for taking the city’s police force in a new direction, according to Niemi.

The search is now on for a new police chief on the South Shore. Longueuil Mayor Catherine Fournier issued a statement Wednesday night to congratulate Dagher on his successful bid.

“Within the SPAL, with the work of his team and the support of the entire police force, Mr. Dagher contributed to the implementation of a vision of cooperation that is unique in Quebec and which, in our opinion, is THE vision of the future, of which the agglomeration of Longueuil has become the standard bearer. He also leaves behind a healthy police force, with a solid succession and an enviable record in terms of crime on the territory,” said the mayor in a written statement.

The city said it would announce a transition plan for the Longueuil police at a later date.

With files from CTV News’ Stéphane Giroux and Kelly Greig