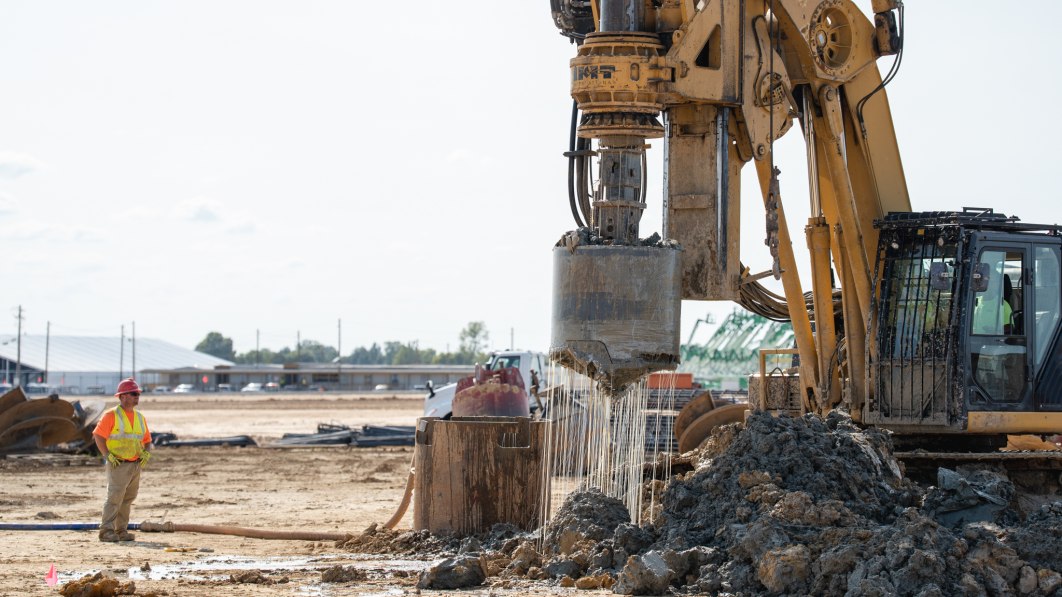 Ford is moving full steam, or full electrons, ahead with its plans to electrify a significant portion of its vehicle catalog by the end of the decade. A substantial part of that effort lies in Tennessee and Kentucky, where Ford just started construction on two massive EV and battery production facilities.

BlueOval City in Tennessee and BluOvalSK in Kentucky result from a $7 billion investment by Ford and its partner, SK On. The Kentucky site will contain two battery plants, and the Tennessee location will house one. Though the announcement calls this the beginning of construction, the automaker’s crews have already moved millions of cubic yards of soil and stone.

Ford’s investment will also bring thousands of jobs to the states, including almost 6,000 at the Stanton, Tennessee, location and 5,000 at the Glendale, Kentucky, facility. When all is said and done, Ford says the new facilities will offer a combined 129 gigawatt hours of production capacity yearly.

Demand for Ford’s EVs has been strong, and the automaker has struggled to build enough vehicles. Ford doubled its projected build numbers for the new F-150 Lightning before production began, and it’s still nearly impossible to find the electric truck on a dealer’s lot anywhere near MSRP. The same was true for the Mustang Mach-E when it debuted.

Shifting some or all of the necessary battery production to the United States will help Ford avoid some of the supply chain issues that have plagued the entire auto industry for the past couple of years. The move also improves Ford’s chances of having its vehicles meet the new requirements around EV tax credits, which call for battery and other components to be sourced domestically and for the cars to be manufactured here.

Diabetes: Swimming in cold water could reduce your risk – study