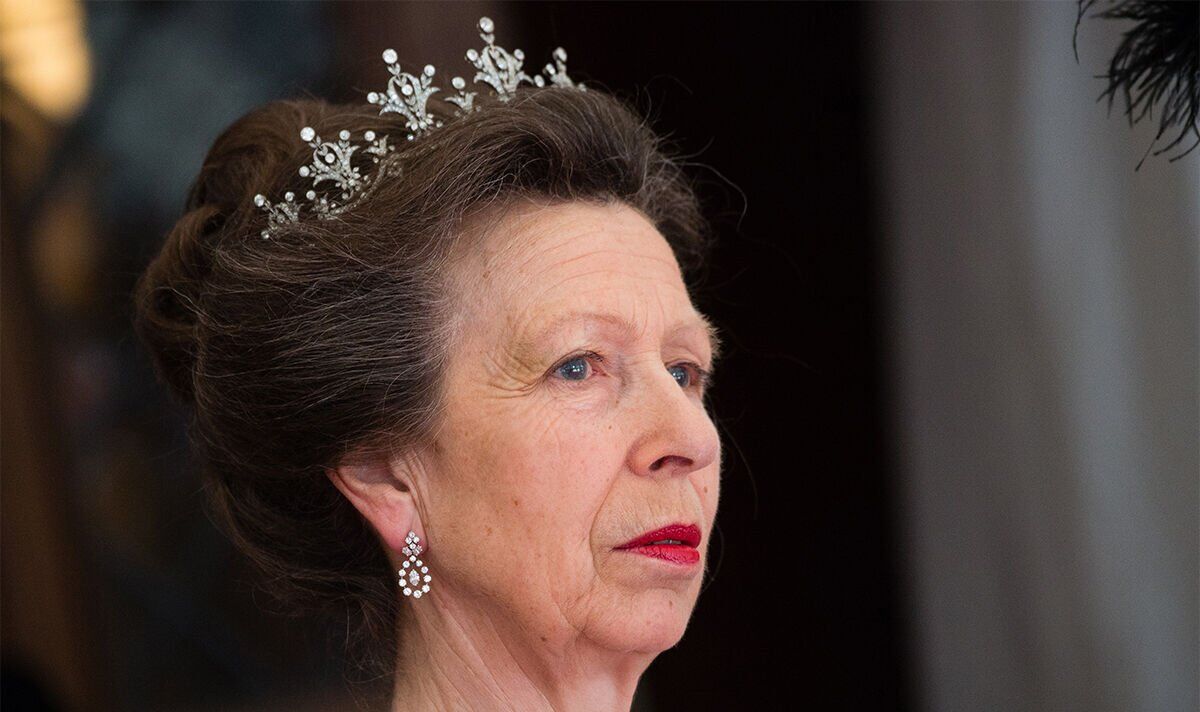 The late Queen’s only daughter Princess Anne started wearing tiaras as a teenager, and she will often wear one nowadays for state banquets. At one banquet in 2009, Anne donned a pearl diadem which had never been seen before, and it has never been seen again since.

The pearl tiara in question was relatively modest for a royal jewel, comprised of a simple bandeau of pearls.

Anne wore the diadem nestled in a high hair-do for the Indian State Visit that year, adding a touch of glamour to her ensemble.

Royal site The Court Jeweller noted that little is known about this “mystery” diadem.

The site explains: “The Princess Royal wears a bandeau-style tiara that appears to be set with pearls for the Indian state banquet at Windsor Castle, October 27, 2009.

Anne wore Queen Mary’s Fringe Tiara when she married Captain Mark Phillips at Westminster Abbey which was poignantly the same tiara the Queen wore to marry Prince Philip in 1947.

When she was younger, Anne also turned to the Cartier Halo Tiara, a demure diadem worn by Princess Margaret and Kate, Princess of Wales on her wedding day in 2011.

But Princess Royal also has an impressive tiara collection of her own, with one of her favourites thought to be the Festoon Tiara.

Anne wears it frequently, and it was given to her as a gift when she christened a ship in the 1970s.

It got its most notable outing in 2011 when it was worn by Anne’s daughter Zara Tindall at her wedding to Mike Tindall in Edinburgh.

Alexandra Michell, Gemologist at Prestige Pawnbrokers Hatton Garden, previously said: “There is no surprise that the bandeau is of a meander design (Greek key) and has a centre laurel and honeysuckle decoration either side.

“It is studded with diamonds set in a white precious metal more likely to be platinum because of the era it was made. It is perceived to be made by Cartier in France.

“It is not known how much the tiara is worth, but I estimate it to be worth over £1million and if it is a Cartier piece, it could be as much as £2million to £4million.”