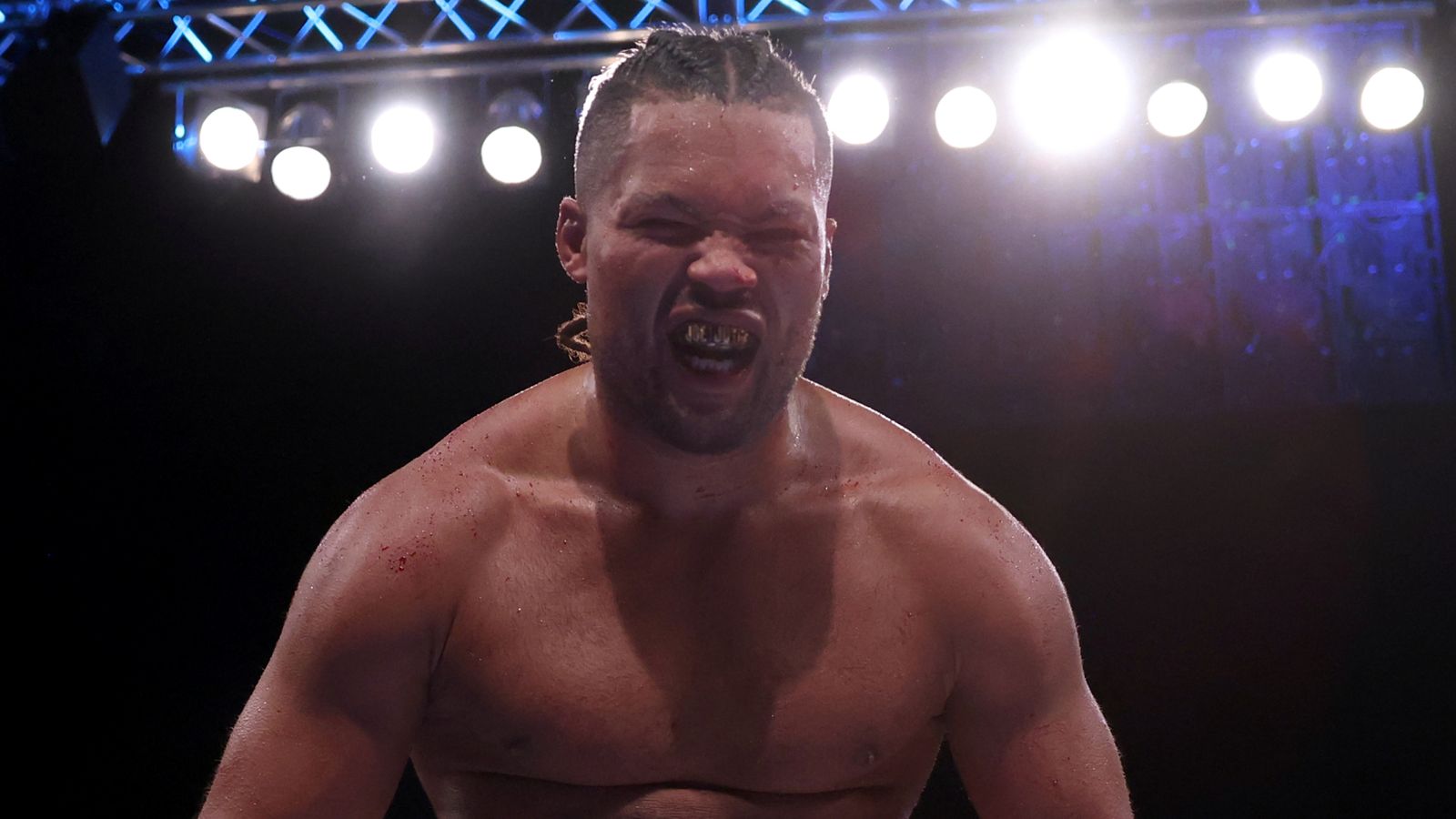 Joe Joyce dismantled former world champion Joseph Parker, blasting him out with a fearsome left hook to win a WBO interim heavyweight title in 11 rounds at the Manchester Arena.

No one before had stopped Parker, who has been the distance with Anthony Joshua and Dillian Whyte in the past. Nor had the New Zealander ever been broken down in such brutal fashion previously.

As well winning a the interim strap from the WBO, most importantly Joyce defended his place as the leading challenger for their full heavyweight championship, one of the three title belts held by Ukrainian star Oleksandr Usyk.

After the bout, Joyce called for a showdown with the unified champion in no uncertain terms.

“I’m very feel,” he said, quoting Usyk’s own catchphrase back at him. “Let’s get it on!”

It was the conclusion of Joyce’s most impressive professional performance to date.

To many rivals the Londoner looks beatable, his hands aren’t the swiftest, his feet not the lightest, his head an inviting target a touch too often.

But while Joyce doesn’t fight necessarily in a spectacular way, his results are tremendously impressive. He understands his own style and knows how to impose himself physically on an opponent.

Parker did have successes, cracking leading shots with his back hand right to Joyce’s chin, but these came sporadically. All the while Joyce was working and grinding him down.

The Londoner began busily, setting the pace from the opening rounds. He was canny too in how he worked at Parker with long heavy shots initially, only moving in closer later on to hammer Parker’s body and head with pummelling hooks at short range.

When Parker looked to be breathing heavily, Joyce remained implacable and expressionless. He just continued his work, casting down his right and maintaining a ferocious pace to his output.

A fine left hook left Parker badly cut by his right eye. That spurred Joyce on to attack viciously once more.

There could be no doubt that Parker has heart. He slammed his own left hook into Joyce. He forced a pause in the onslaught in the 10th round, doubling up his left.

But any hope Parker might have found then, Joyce snuffed out mercilessly.

Cruel shots smashed into Parker off either hand. Joyce sensed his prey wilting and raised his intensity.

A massive left hook bombed into Parker’s jaw and toppled him over. He fell heavily to the deck, stunned.

As brave as he was trying to rise, the referee had to stop him in the 11th round.

“What a fighter and what a great fight,” he continued. “I really enjoyed it.

“I had to dig deep to get through the rounds.

“I hit him with everything I got, literally the kitchen sink, the handbag, everything.”

That is some understatement. Joe “the Juggernaut” Joyce marches on to the top tier of the heavyweight division.

Taurus Must Make Good Use of Their Time, Capricorn Should Drive Carefully