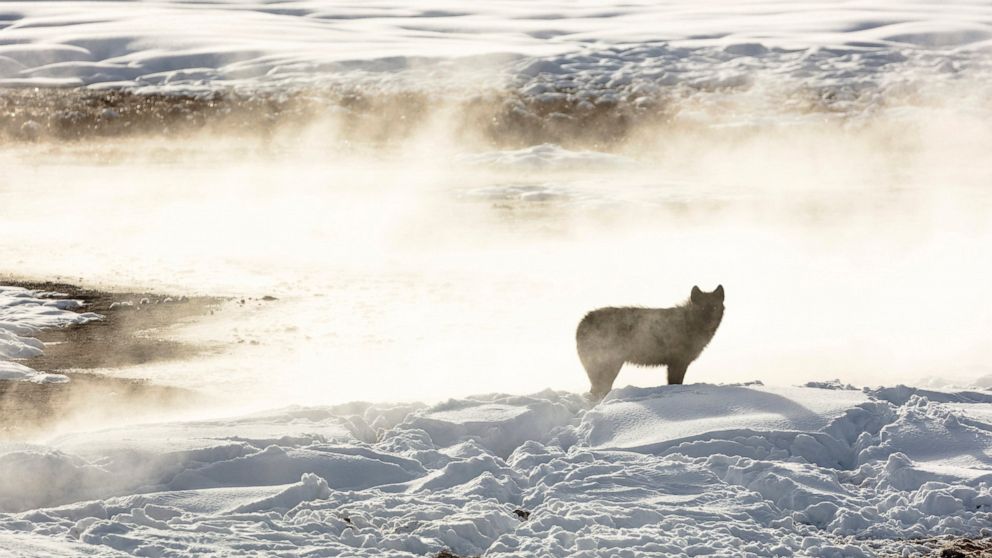 HELENA, Mont. — Montana officials on Monday asked a judge to lift a restraining order that restricted wolf hunting and trapping following concerns that too many of the animals could be killed this winter.

The hearing before District Judge Chris Abbott in Helena comes as Montana and other Republican-led states have moved in recent years to make it easier to kill the predators. Montana’s loosened wolf-hunting rules drew sharp criticism after 23 wolves from Yellowstone National Park were killed last winter, including 19 by hunters and trappers in Montana.

Environmentalists in October sued the state over its regulations, which authorize the killing of 456 wolves statewide this winter including a new quota of just six wolves north of Yellowstone.

Yellowstone National Park Superintendent Cam Sholly last winter asked Republican Gov. Greg Gianforte to halt hunting outside the park. Gianforte argued at the time — and the state continues to argue in its response to the lawsuit — that if the wolves leave Yellowstone and enter Montana, they can be hunted under state law.

Abbott on Nov. 16 granted a temporary restraining order limiting wolf hunting to just two animals outside Yellowstone and temporarily reducing the number of wolves a person may kill during the season from 20 to five. He also limited the number that could be killed near Glacier National Park and temporarily banned the use of neck snares during the trapping season that began Monday.

Abbott is considering whether those restrictions should be continued while the case is heard, or whether the wolf-hunting rules the state approved in August should be reinstated.

Gianforte has criticized the judge, saying Abbott “overstepped his bounds to align with extreme activists” when he granted the restraining order.

Gianforte trapped and killed a radio-collared wolf from Yellowstone last year on private land near the park. He was later given a warning for violating state hunting by failing to take a mandatory trapper education course before killing the wolf.

The groups that filed the lawsuit, WildEarth Guardians and Project Coyote, argue that Montana’s wolf hunting quota was set based on a flawed population estimate and that state hunting laws amended the state’s 2002 wolf plan without going through rule-making procedures and public comment.

Montana’s Department of Fish, Wildlife and Parks argues its wolf plan is not an administrative rule and that the population estimating process is more accurate version than a previous process that the organizations never challenged.

Denial of responsibility! Todays Chronic is an automatic aggregator of the all world’s media. In each content, the hyperlink to the primary source is specified. All trademarks belong to their rightful owners, all materials to their authors. If you are the owner of the content and do not want us to publish your materials, please contact us by email – todayschronic.com. The content will be deleted within 24 hours.
animalsCamaron Marvel OchsClimate and environmentGeneral newshuntingLeisure travelLifestyleMo
0
Share

After Google Microsoft And Meta This Company Plans to SACK…

When Kiara Advani said she wants Alia Bhatt as her…

Citroen CEO Says An Ideal Post-SUV World Should Have…