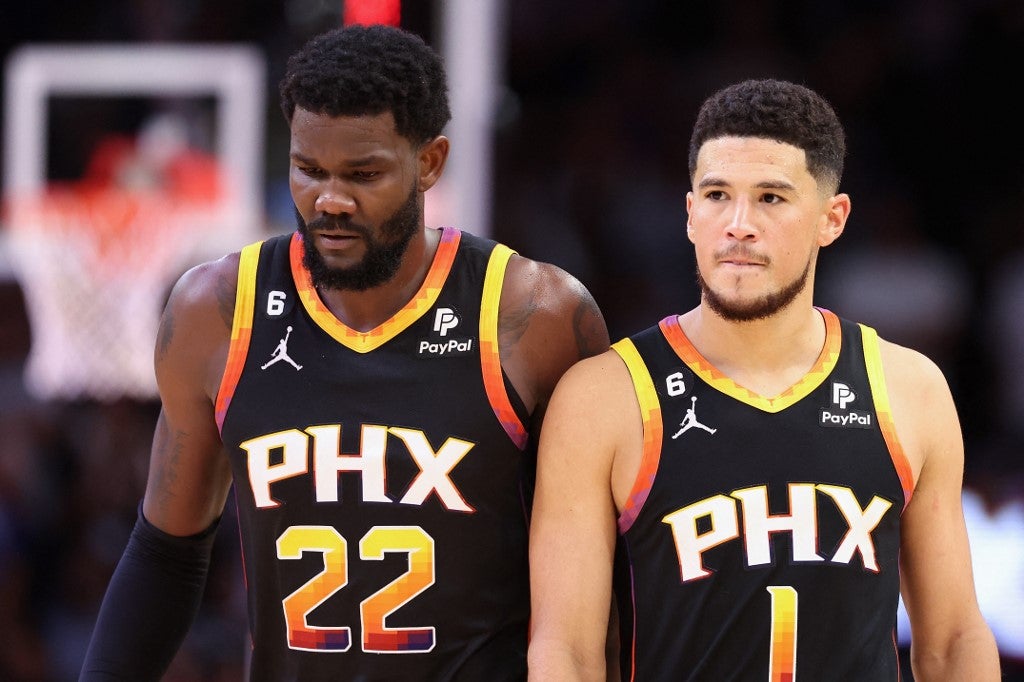 FILE – Deandre Ayton #22 and Devin Booker #1 of the Phoenix Suns during the second half of the NBA game at Footprint Center on October 19, 2022 in Phoenix, Arizona. The Suns defeated the Mavericks 107-105. Christian Petersen/Getty Images/AFP

Deandre Ayton recorded 28 points on 11-of-13 shooting and also collected 12 rebounds to lead the Phoenix Suns to a 108-102 victory over the visiting Detroit Pistons on Friday night.

Deandre Ayton was LOCKED IN for a season-high 28 PTS in the @Suns win tonight:

Hamidou Diallo added 10 points for Detroit, which made 42.4 percent of its shots and was 9 of 26 from behind the arc.

Bridges hit two 3-pointers during a 9-0 burst as Phoenix took an 81-73 lead with 3:27 remaining in the third quarter.

The Pistons tallied the next six points before Booker drained a 3-pointer with 1:33 left and the Suns took an 84-79 lead into the final stanza.

A short while later, Detroit rattled off eight straight points and pulled within 94-93 on two free throws by Hayes with 4:53 left.

Payne split two free throws and Ayton converted a three-point play to give the Suns a five-point edge with 4:11 to play.

Ayton made two free throws with 17.4 seconds remaining as the Suns closed it out.

Bogdanovic scored 15 points to help Detroit hold a 54-53 halftime edge. Booker had 13 in the half for Phoenix.

The Pistons were up 48-42 after Hayes drained a 3-pointer with 2:39 remaining in the half. The Suns recovered to knot the score at 52 with 10.8 seconds left.

Bogdanovic drove for a layup with 4.3 seconds left but Booker split two free throws with 3.3 seconds left, leaving Detroit ahead by one at the break.

U.S. bans sale and import of some tech from Chinese companies Huawei and ZTE : NPR

Key issues to watch in Biden’s State of the Union…