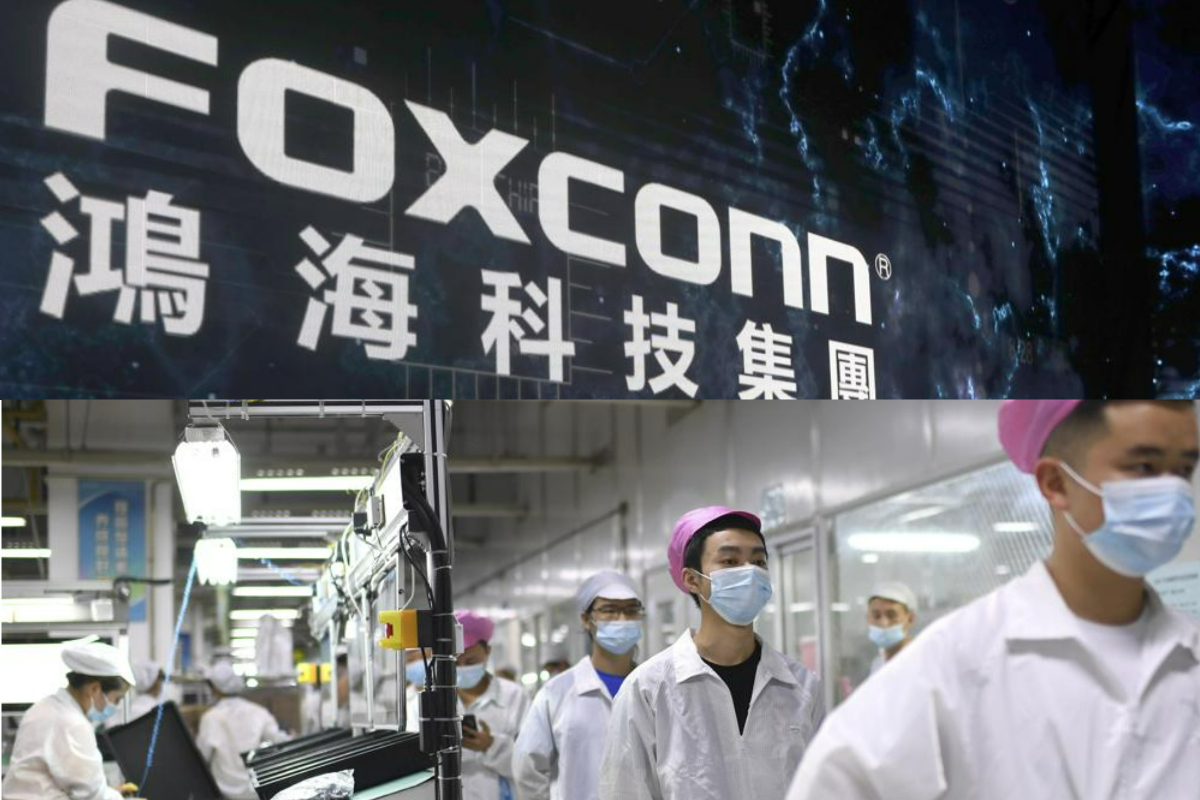 Foxconn launched a hiring drive this month, promising bonuses and higher salaries after it had to enact COVID curbs in October. The restrictions forced the company to isolate many employees, prompting several to flee.

Taipei: Trouble mounts for Apple supplier Foxconn’s China plant after over 20,000 employees, mostly the new hires not yet working on production lines, left the company, a Foxconn source familiar with the matter told Reuters on Friday.

Another Foxconn source familiar with the matter said some new hires had left the campus but did not elaborate on how many. This person said the departures had no impact on current production, as the new staff still needed to take training courses before working online.

The unrest at the Foxconn plant comes as China logs record numbers of COVID infections and grapples with increasing lockdowns that have fuelled frustration among citizens across the country. It has also exposed communication problems and a mistrust of Foxconn management among some staff.

Foxconn launched a hiring drive this month, promising bonuses and higher salaries after it had to enact COVID curbs in October. The restrictions forced the company to isolate many employees, prompting several to flee.

The departures from the world’s largest iPhone factory deal a fresh blow to the Taiwanese company that has been grappling with strict COVID-19 restrictions that have fuelled discontent among workers and disrupted production ahead of Christmas and January’s Lunar New Year holiday.

Concerns are also mounting over Apple’s ability to deliver products for the busy holiday period as the worker unrest lingers at the Zhengzhou plant, which produces the U.S. company’s popular iPhone 14 models.

The departures will complicate Foxconn’s target of resuming full production by the end of November, after the sometimes violent unrest, the source said.

In a rare case of open dissent in China, employees have complained about sharing dormitories with colleagues who tested positive for COVID. They claim they were misled over compensation benefits at the factory that accounts for 70% of global iPhone shipments.

Foxconn on Thursday offered 10,000 yuan ($1,400) to protesting recruits who agreed to resign and leave the plant.

The company apologised for a pay-related “technical error” when hiring, which workers say was a factor that led to protests involving clashes with security personnel.

Denial of responsibility! Todays Chronic is an automatic aggregator of the all world’s media. In each content, the hyperlink to the primary source is specified. All trademarks belong to their rightful owners, all materials to their authors. If you are the owner of the content and do not want us to publish your materials, please contact us by email – todayschronic.com. The content will be deleted within 24 hours.
Apple supplier Foxconnchina newsfoxconnFoxconn China plantFoxconn hiring driveiPhone suppliermass layoffTaiwanese company
0
Share

48 Black Friday Shoe Deals and Sales to Shop in 2022, From Manolo Blahnik to Jimmy Choo

Streaming this week on 7plus: Bathurst 12 Hour, Pipeline Pro…