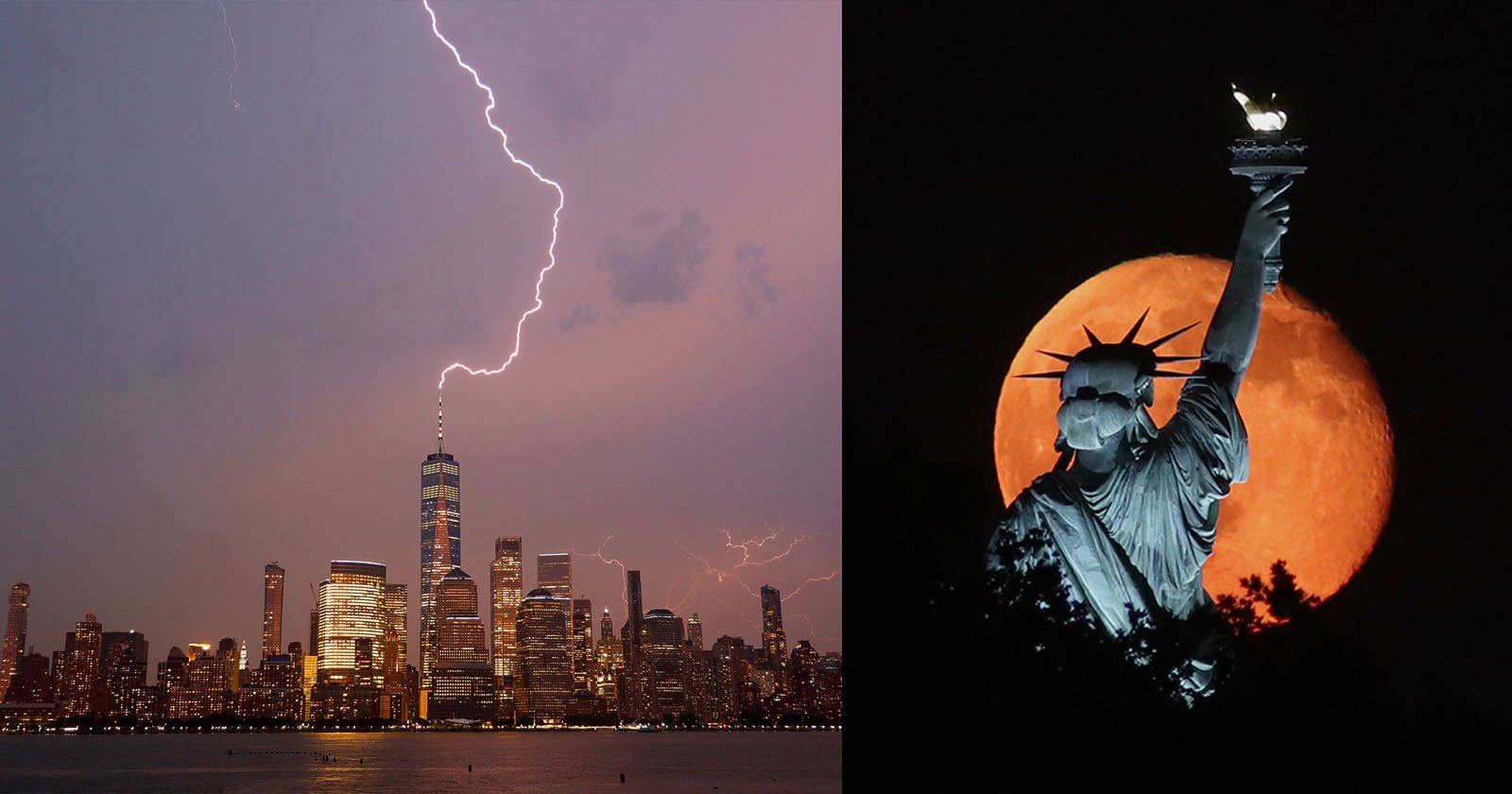 Photojournalist Gary Hershorn has a distinctive flair for enchanting luminosity and utilizing unconventional vantage points. This is a persistent challenge when shooting one of New York City’s most popular subjects: its skyline.

Herson’s images afford onlookers a refreshing perspective on the city’s skyline that has been photographed ad nauseam but somehow managed to make the photos continuously engaging, serving as an inspiration to reimagine angles and viewpoints.

“I must admit there is a real feeling of accomplishment when you can capture a beautiful scene at sunrise, sunset, moonrise, or moonset with New York City as the main element of the image […] There is always interest in beautiful images and any image you can get that no one else does can mean everything to a photographer,” Hershorn says, speaking to PetaPixal. 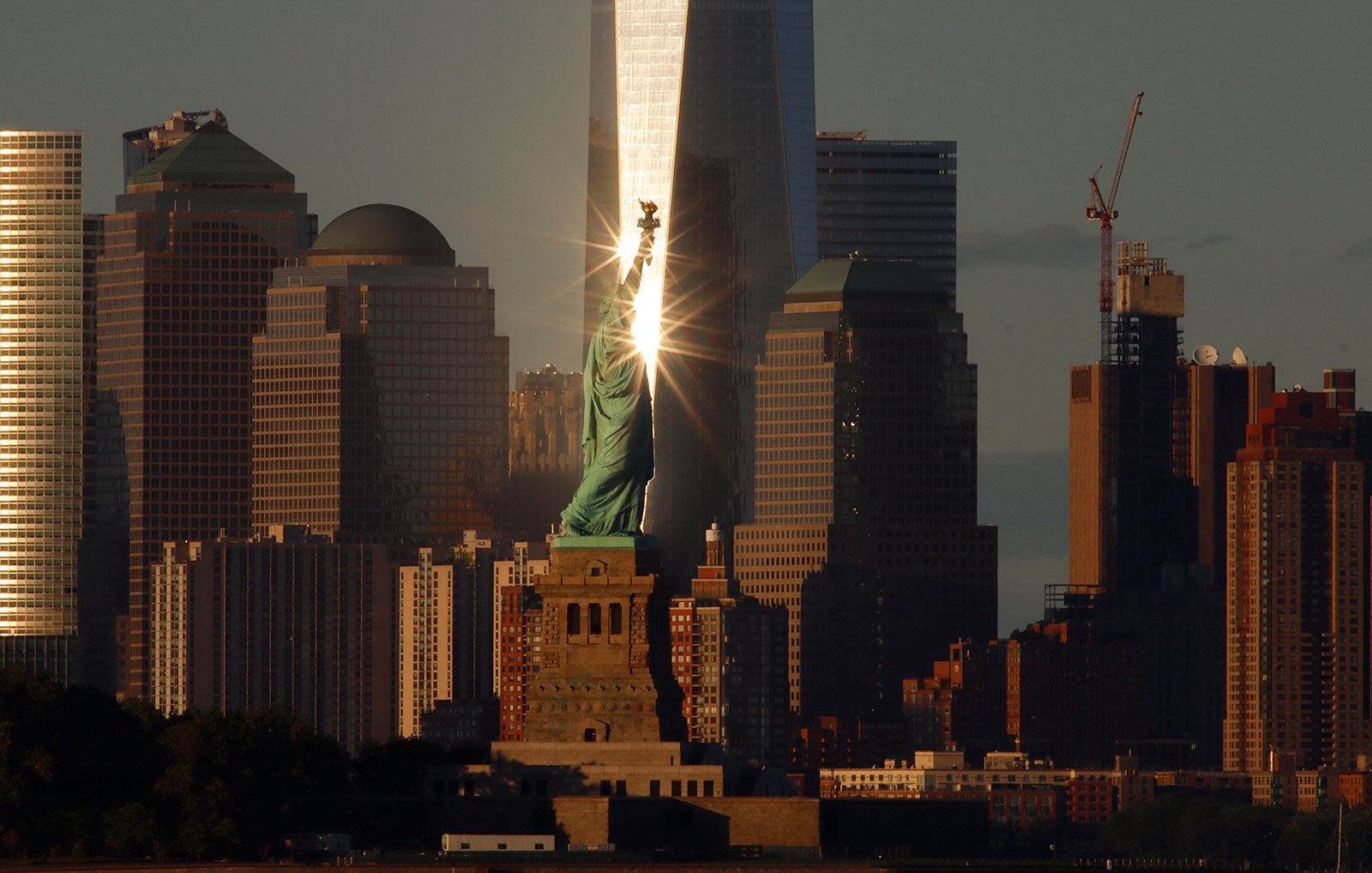 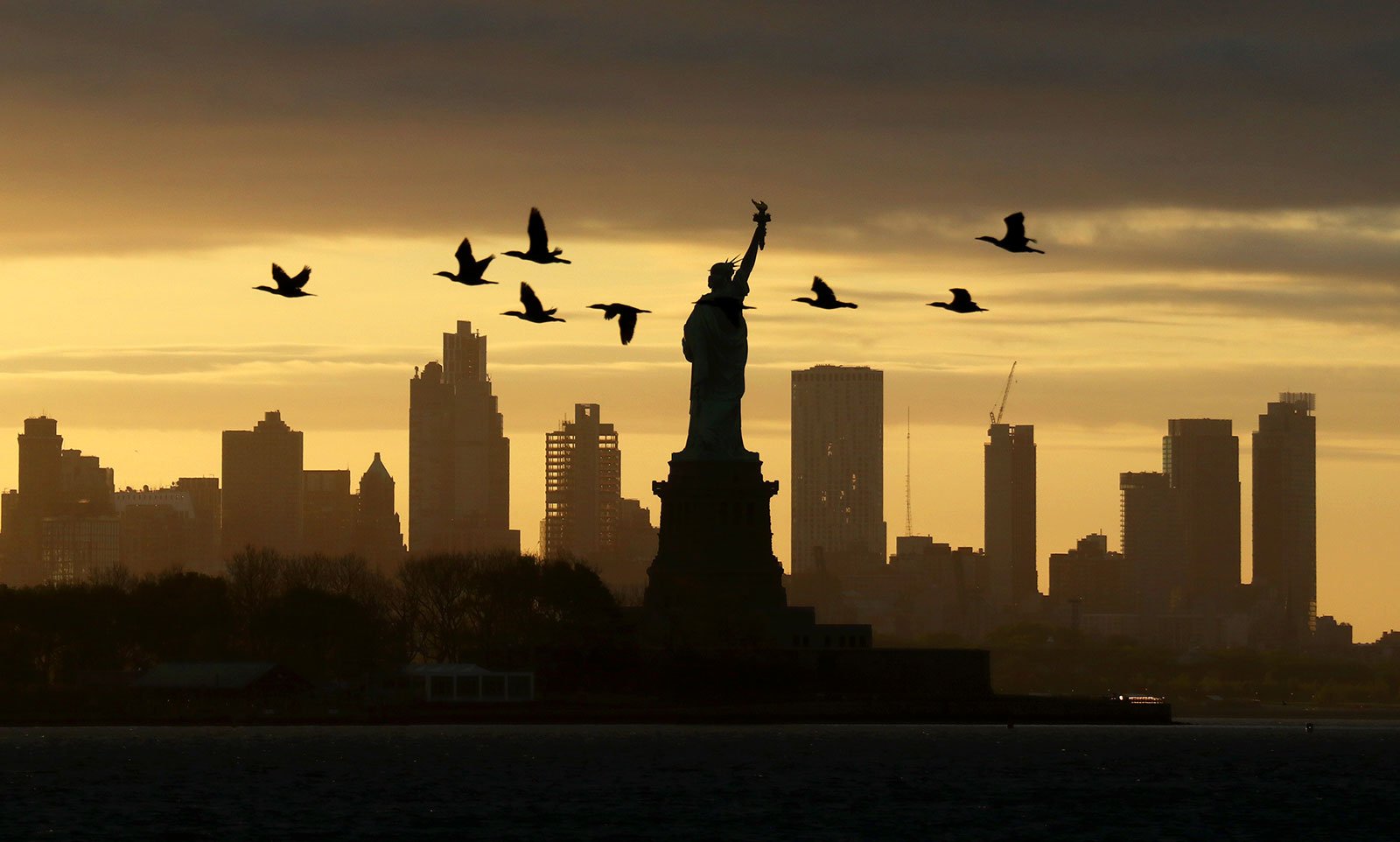 Working a sort of magic when encapsulating the vivacious spirit of the city, Hershorn’s photo summon his audience into a rekindled state of awe and appreciation of New York City’s natural vibrancy. 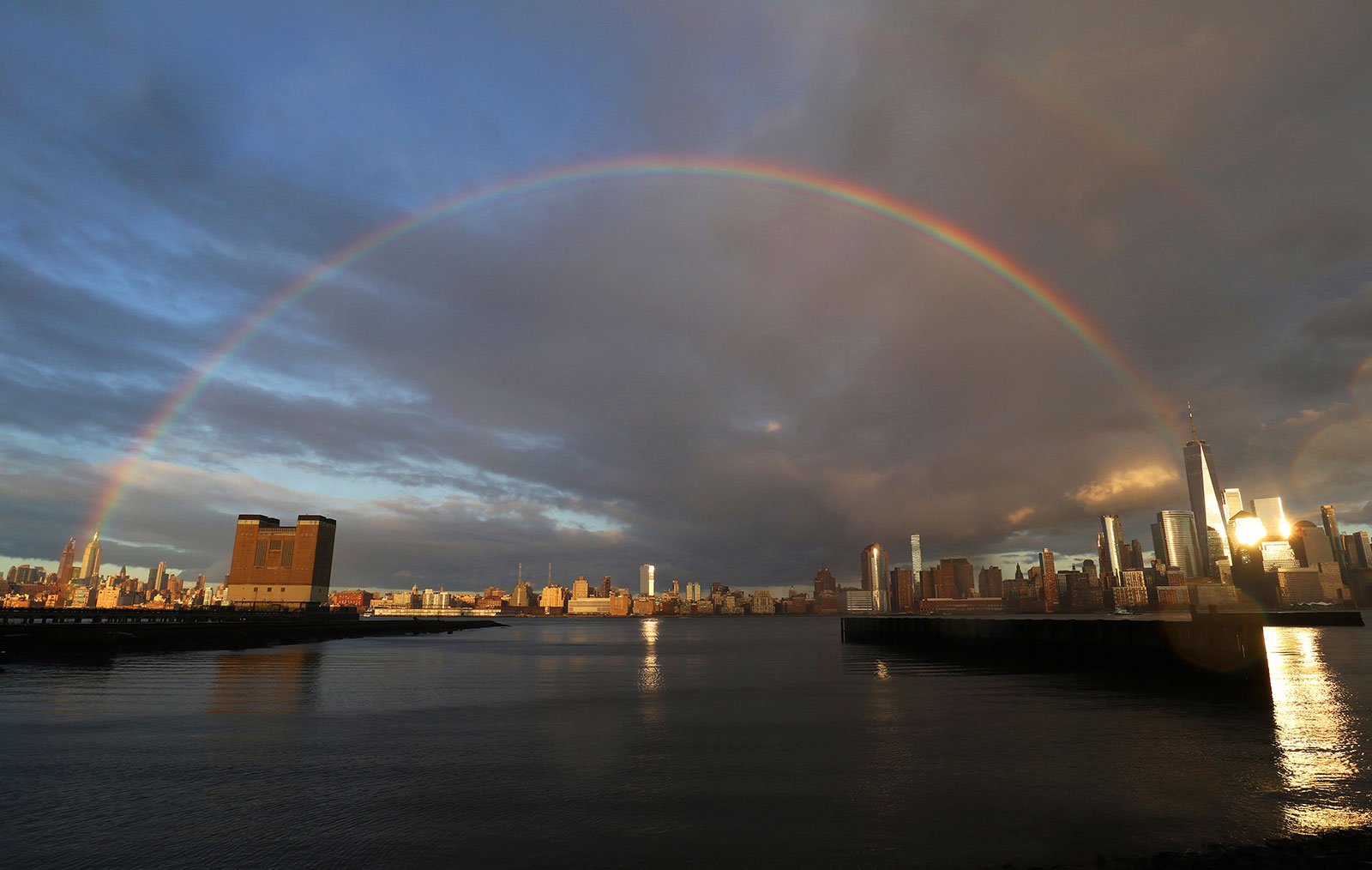 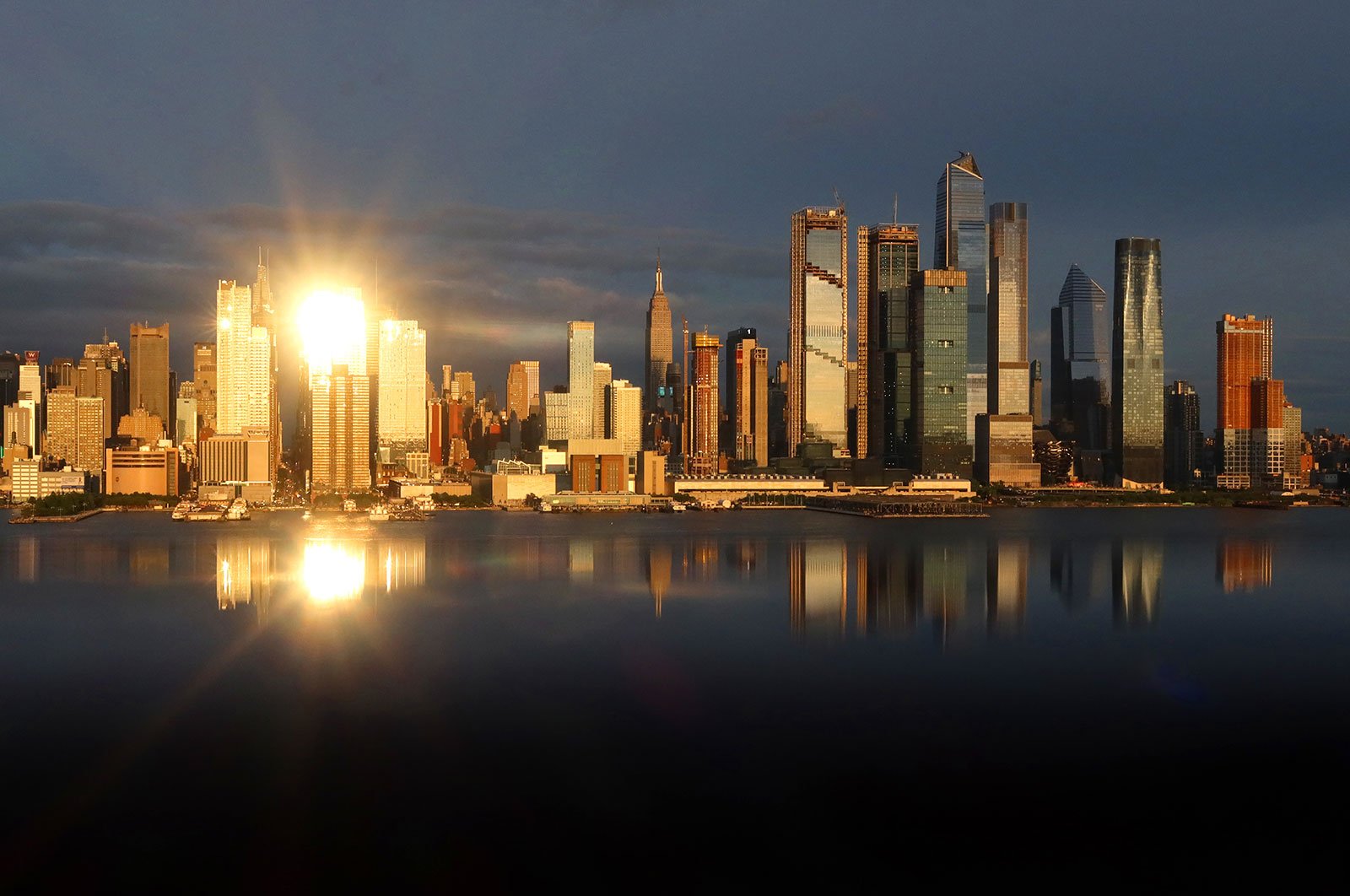 “I keep saying how amazing it is to be in a spot along the Hudson River or the New York harbor at sunrise when there is a perfect alignment of the sun and a building like the Empire State Building on the skyline and this amazing scene of light and color unfolds in front of you and then you look around and realize of the millions of people that live in this area, you are the only one in that exact spot witnessing it,” Hershorn says.

For years, Hershorn has been documenting an ever-changing New York City. His shots depict bombastic thunderstorms, moody partial eclipses, phenomenal silhouettes of the Statue of Liberty, and various snapshots of the city’s unique “vibe.” 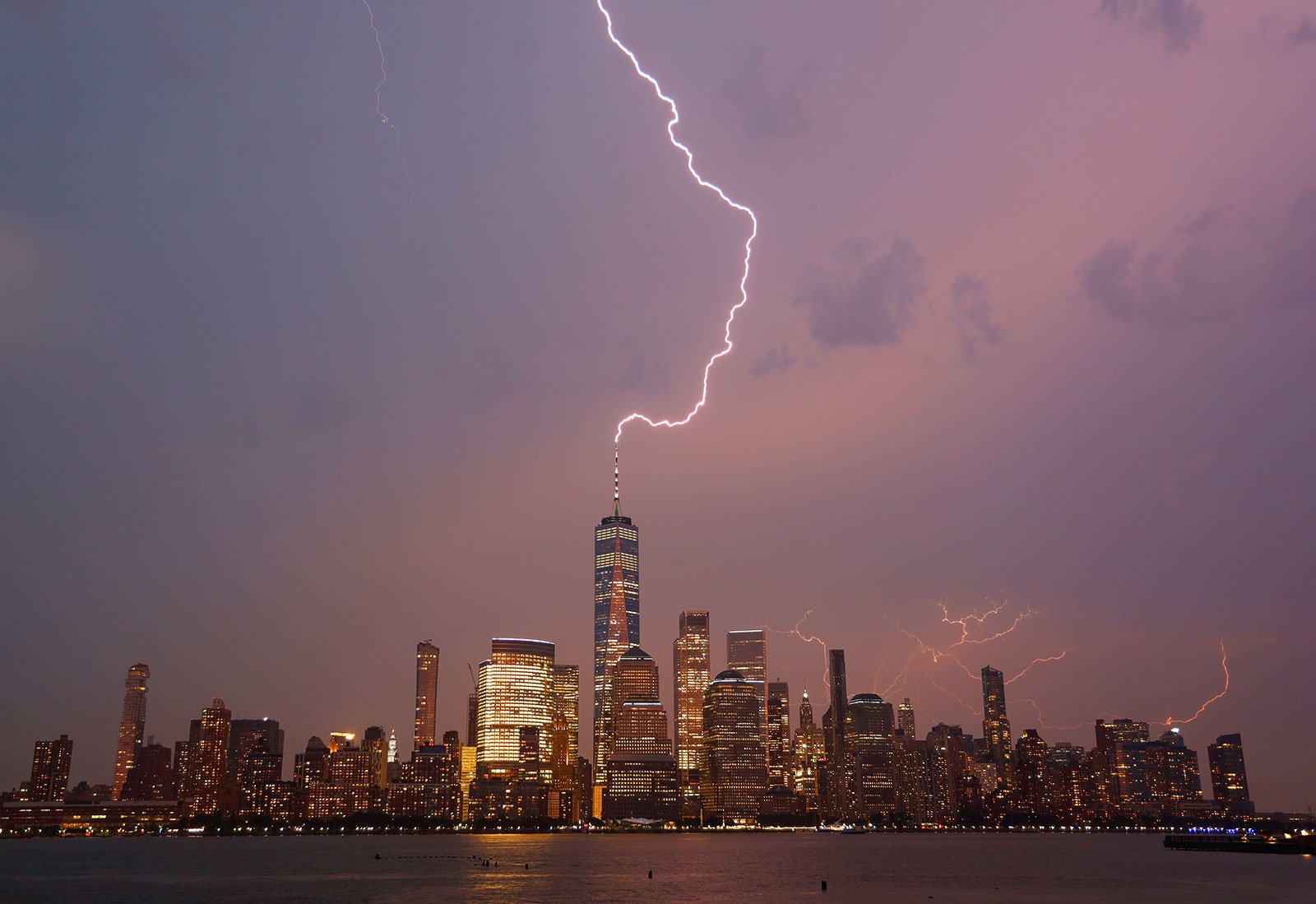 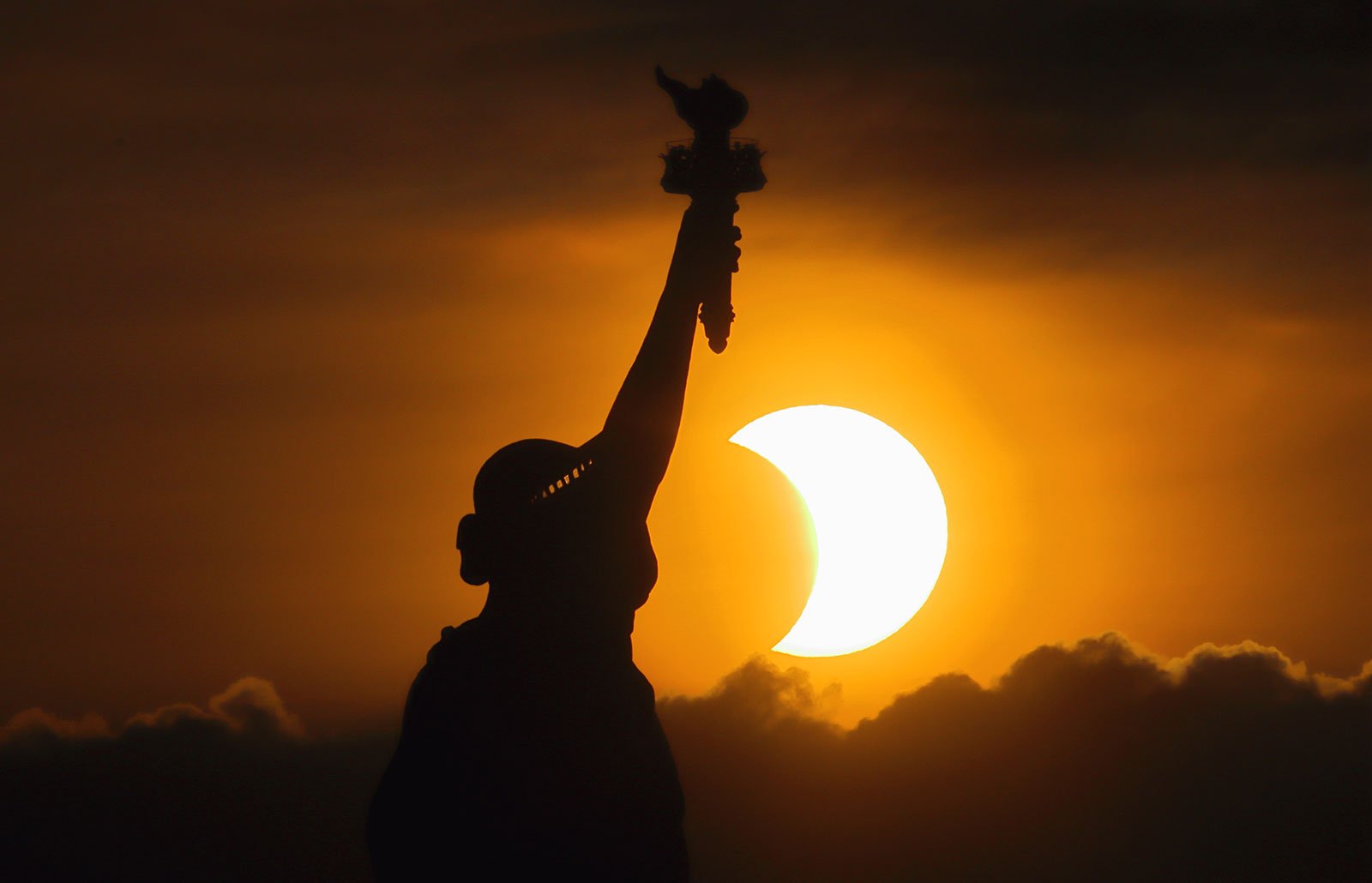 In August of 2022, Hershorn shared his images on Twitter and many took notice and praised his most recent shots of the city as well as its past moments of charm.

Still banging this drum. Scroll back through @GaryHershorn‘s Twitter feed over *just the last month* to see how many unique and fresh views a persistent photographer can pull out of one of the world’s most photographed subjects: the NYC skyline. cc @petapixel

Summer fun in a fountain on a warm Sunday night as the sun sets in Hoboken, NJ. #SummerVibes #summer #fountain #hoboken #sunset pic.twitter.com/Cc10vf1WGe

In his latest photo series titled Celestial New York, the process was years in the making. Hershorn’s inspiration for the series stems from wandering the streets of the city during the 10th anniversary of the world trade center attacks.

“There was a lot of attention being focused on New York by the world’s media and I wanted to contribute photos to the stories that were being written. New York had been very dormant for 10 years after 9/11 but by the 10th anniversary, One World Trade Center was under construction and starting to show on the skyline of lower Manhattan so it became a focal point of photographs and also was a sign of the rebirth of the city in my opinion.” Hershon continues.

“Its rise helped raise the spirits of the city and I was hugely interested in documenting the coming changes to the entire skyline of the city as the building reached new heights.” 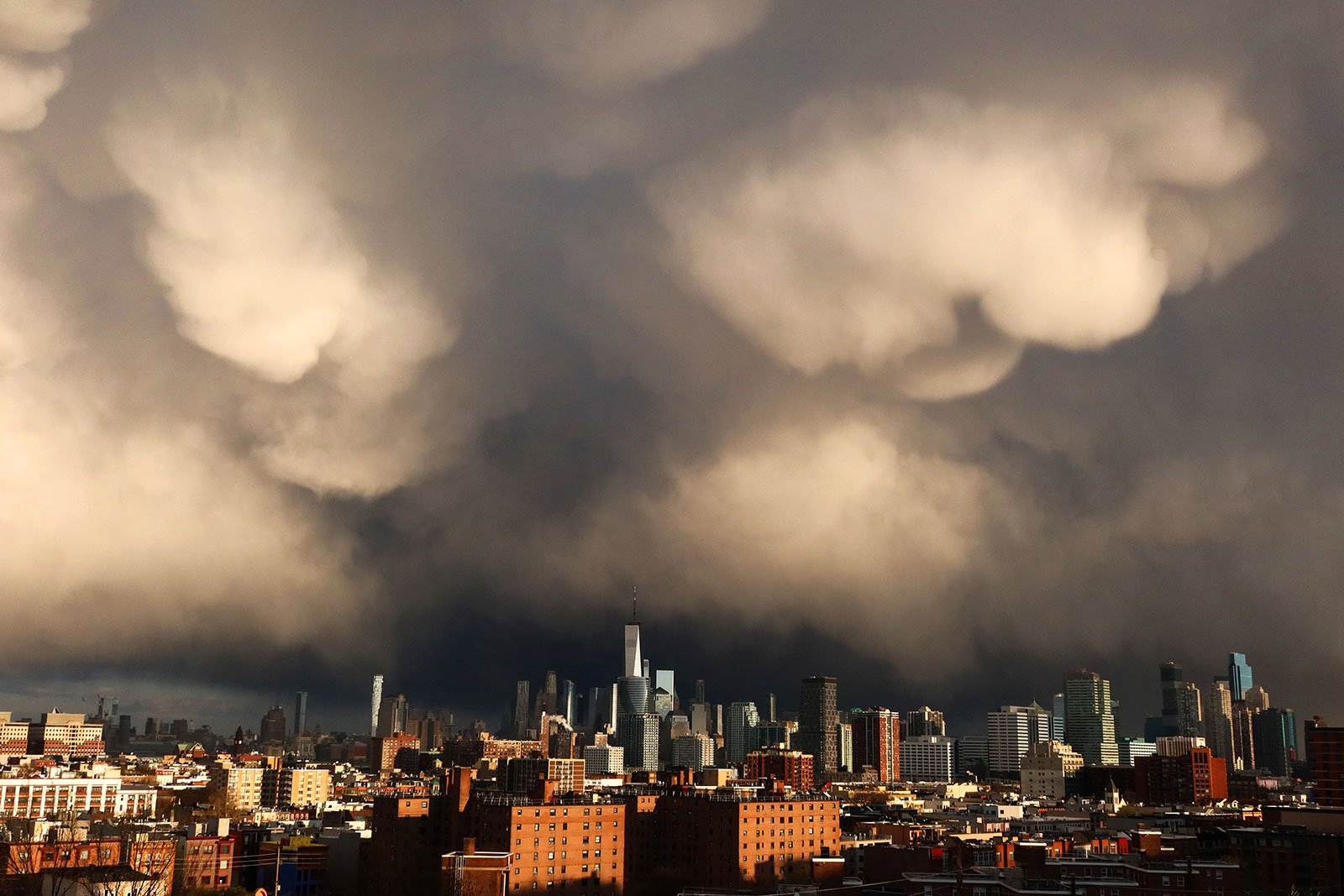 Another event that Hershorn felt a need to chronicle and capture was the Supermoon of 2012. Using an app to find an ideal location of where the sun and moon would rise and what buildings would be in alignment with their path, Hershorn was waiting for his shot at Eagle Rock Reservation, a spot in New Jersey (13 miles away from Lower Manhattan).

“I’ll never forget going out there to shoot it and being the only photographer out there with professional cameras. Everyone else who was there basically had an iPhone to shoot with. A month ago, the same alignment happened again except now there were dozens of photographers there to photograph it. It just goes to show you how popular photographing celestial events have become with the advent of Instagram and other social media platforms so photographers can easily share their work.” 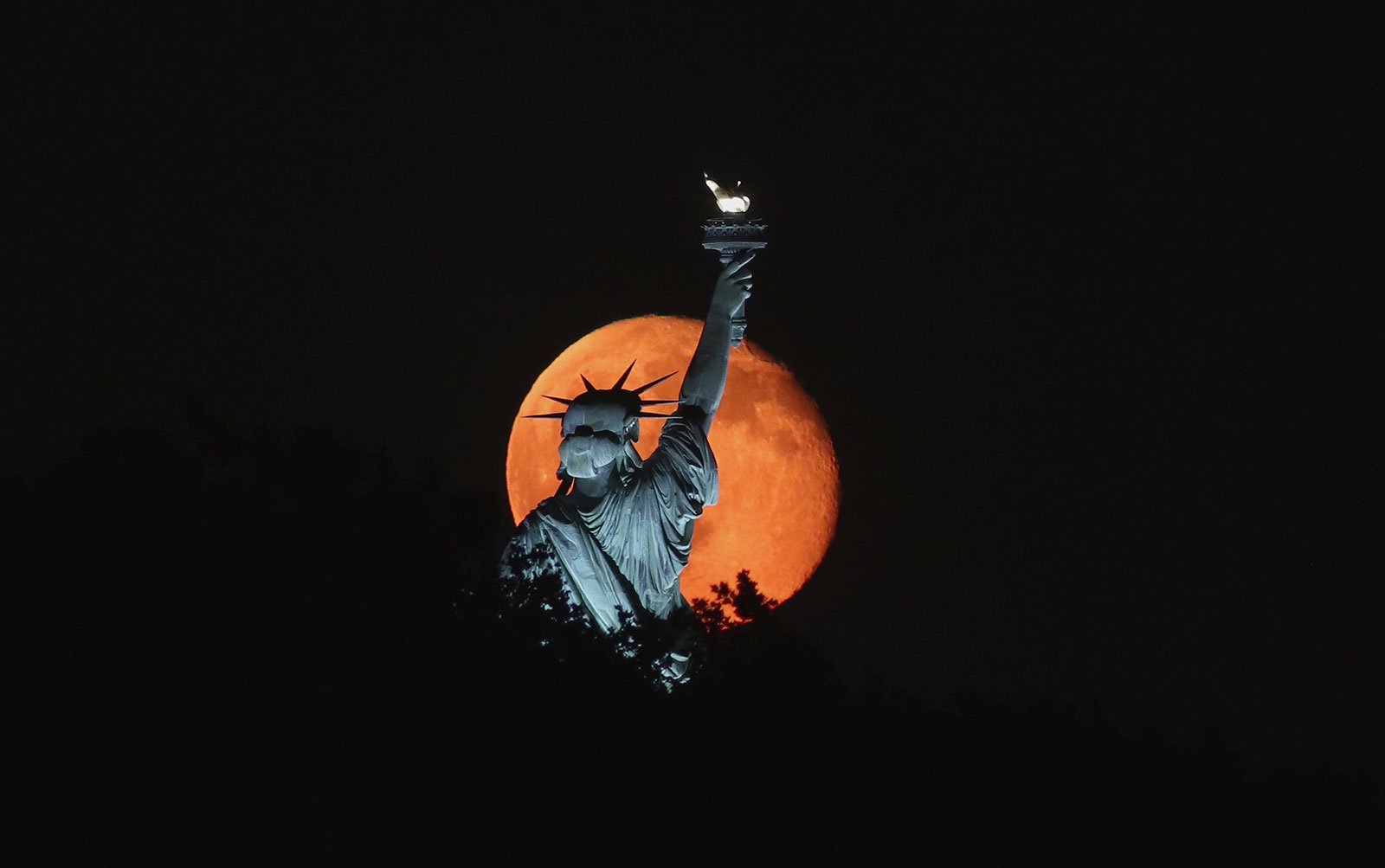 When it comes to equipment, Hershorn has three distinct systems when shooting. ranging from Canon Powershot G7X cameras along with Canon’s M series mirrorless cameras, Canon’s mirrorless R series gear, and various weather and alignment apps, such as Planit Pro, the Photographers Ephemeris, and Photo Pills. He uses Radar Scope for the weather” Hershorn explains,

“I use these cameras because they are small, light, easy to carry around and keep you inconspicuous when shooting. They don’t bring any attention to you. and that is how I like to shoot.” Hershorn adds, “So while I preach endlessly that gear is incidental to the photograph that is being taken, meaning, cameras are so good these days, if a photographer uses any kind of camera rather than a phone to capture a scene, they can almost always get something very good, gear is everything to a photographer. It is so important for a photographer to find a system they are comfortable with and learn how to use it well. While phone cameras serve a great purpose they simply are not made to handle the kinds of light and distances needed to shoot from when photographing celestial events.” 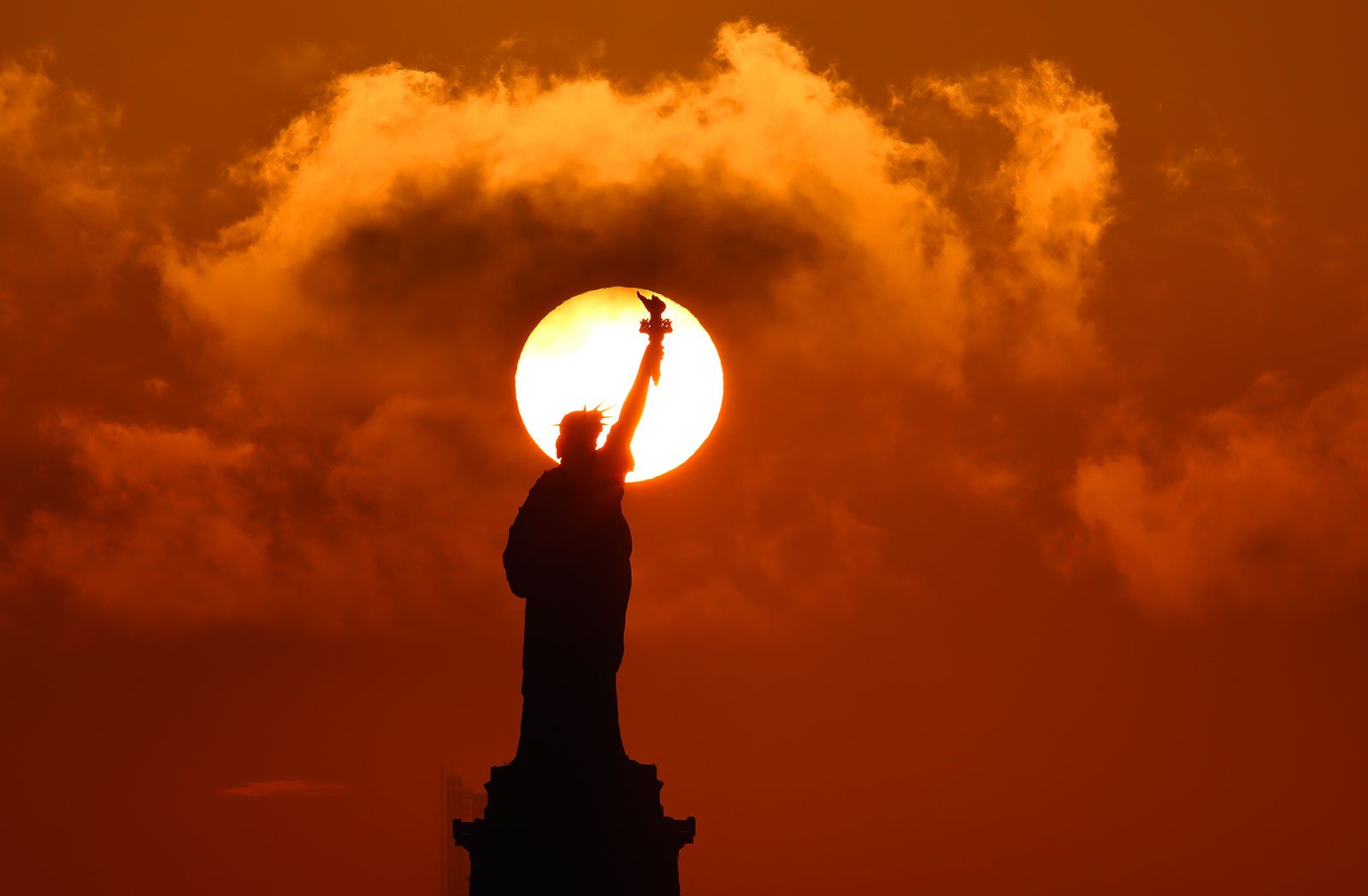 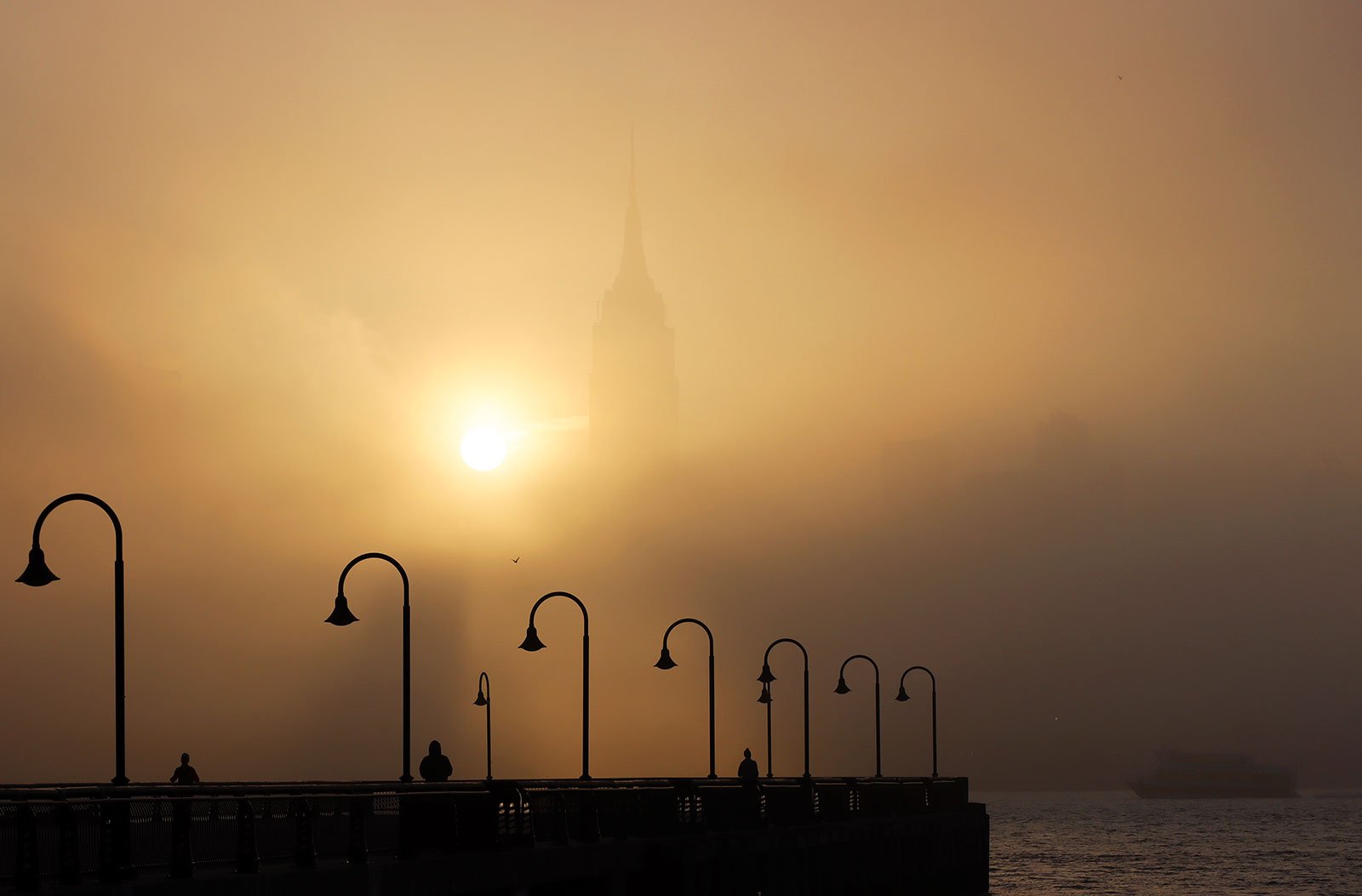 “[…] It is very gratifying to capture the [city’s] beauty and to be able to easily share it with the world through social media and of course through Getty Images.”

When asked by PetaPixel to explain when a photo is “satisfying” in his eyes, Hershorn discussed the importance of composition. 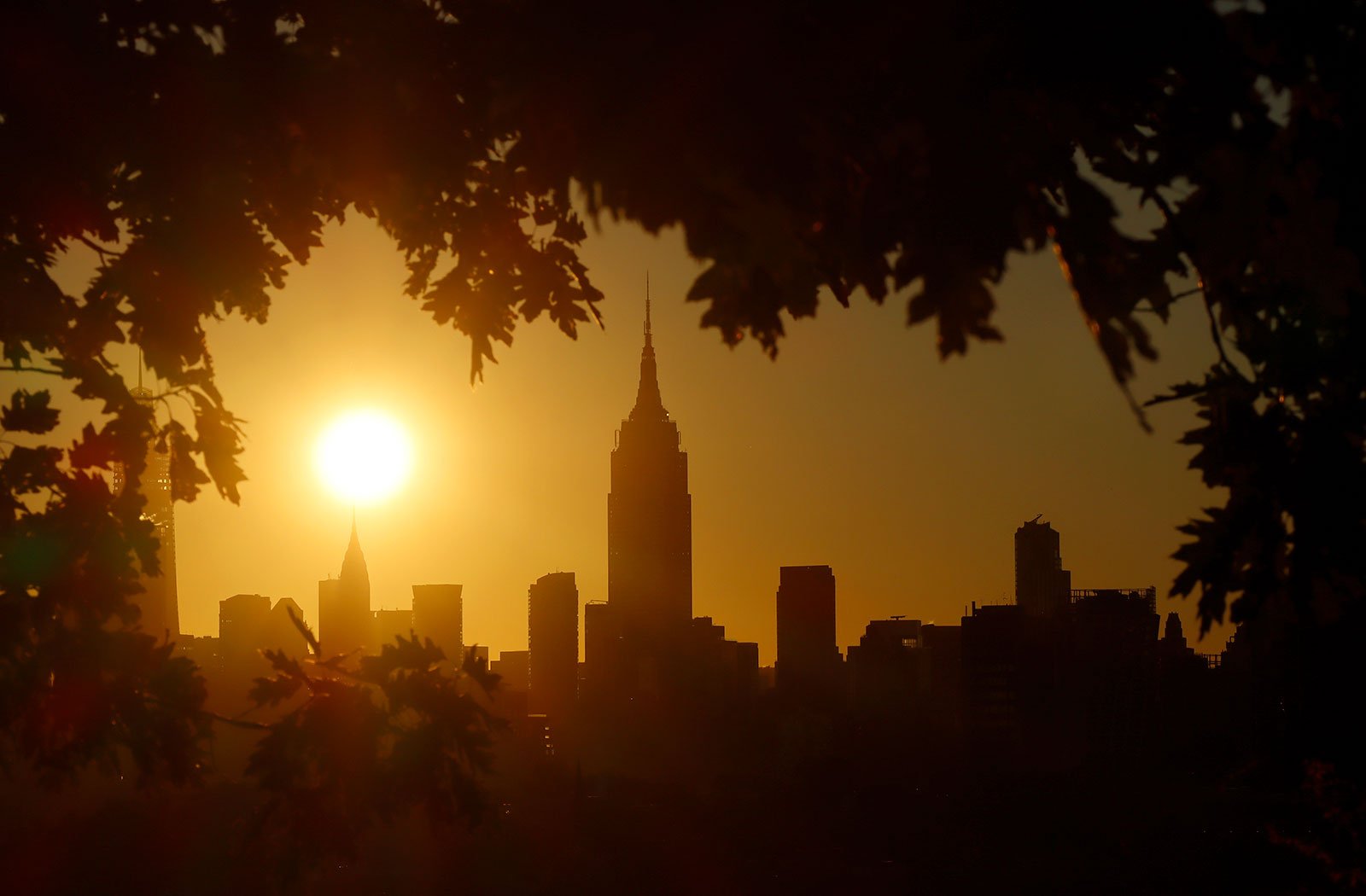 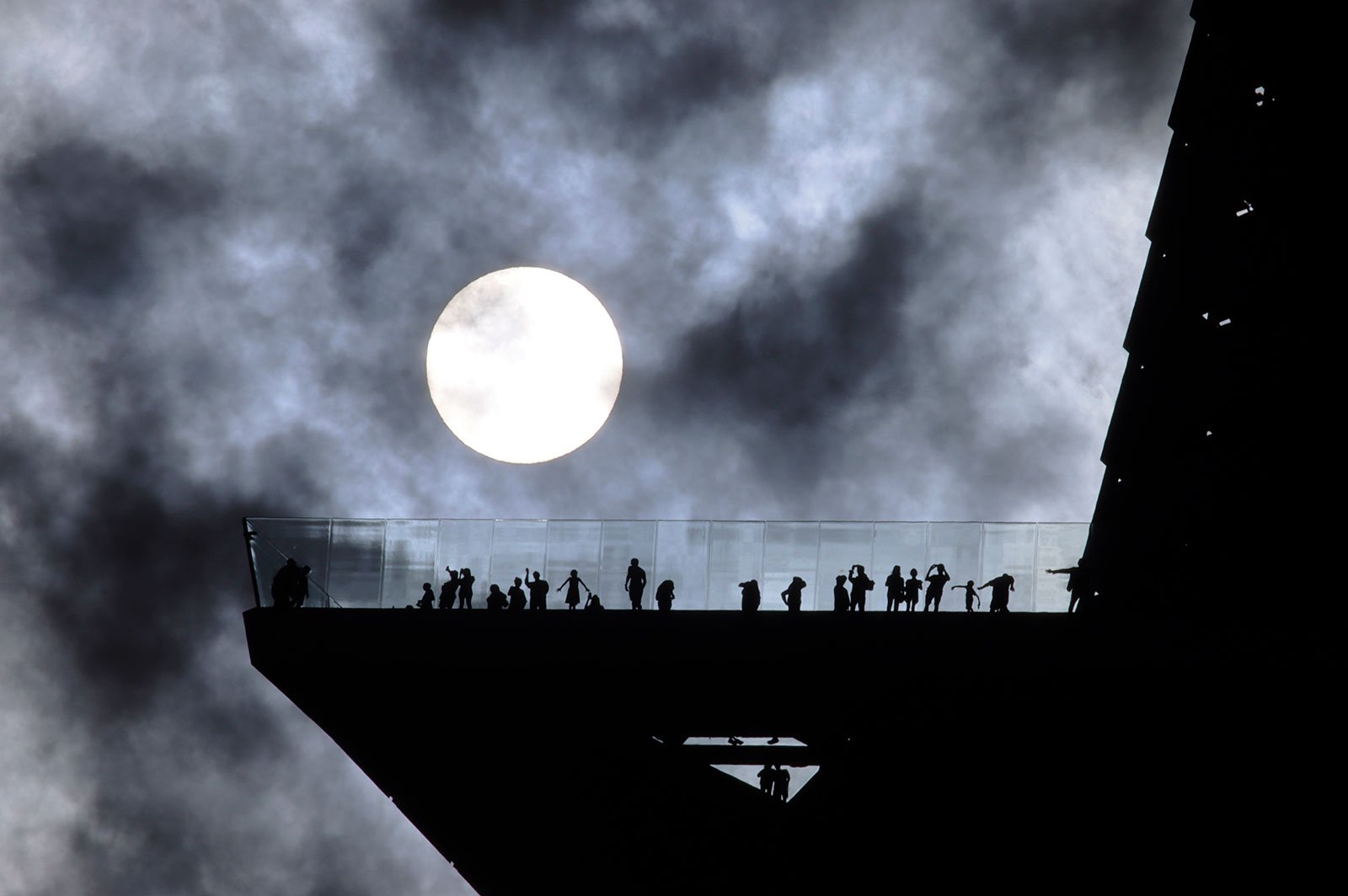 “For a picture to be satisfying, I feel it needs to be aesthetically pleasing, meaning good composition, and also have a bit of a wow factor. How a person uses composition varies of course from person to person but typically, photographers find a particular shooting style and stick with that,” he says.

“Adding a human element to an image is something that I find visually stimulating, interesting, and satisfying but the key is figuring out in each image how big to make the human form […]As to the wow factor, that can come from a variety of things like color, the size of a moon as it rises, or maybe the placement of a person or object in exactly the right place.” 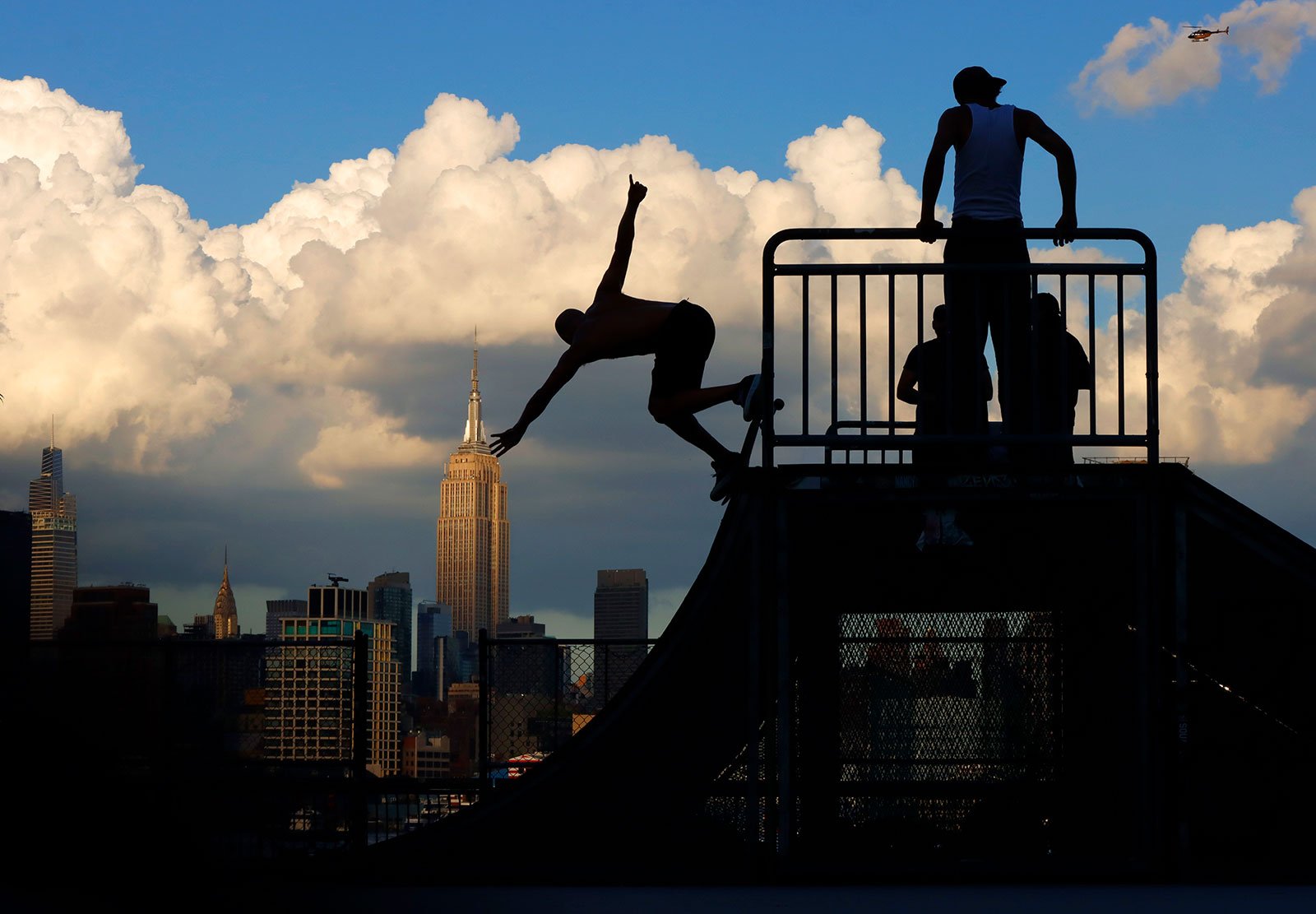 Thinking back on his past works and looking towards the future, Hershorn is grateful to get to document a changing New York City well into the future while playing a role in its historical preservation.

“I do feel like I helped create a genre of photography in New York City by shooting the type of images I have going back to 2012… As to future projects, I am just going to continue to document the changing New York skyline just as I have been since 2011 […] A new ten-year period is starting now […] that will again see another staggering amount of change in how New York City will look by the time we get to 2030,” he says.

“At the end of the day, the pictures I take are not about shooting and trying to get likes on social media. I am doing my best to leave behind thorough and extensive documentation of the growth happening in New York City so that when the history books write about what happened in New York post 9/11 they will easily find photos in the Getty Images archive that showed what happened here.” 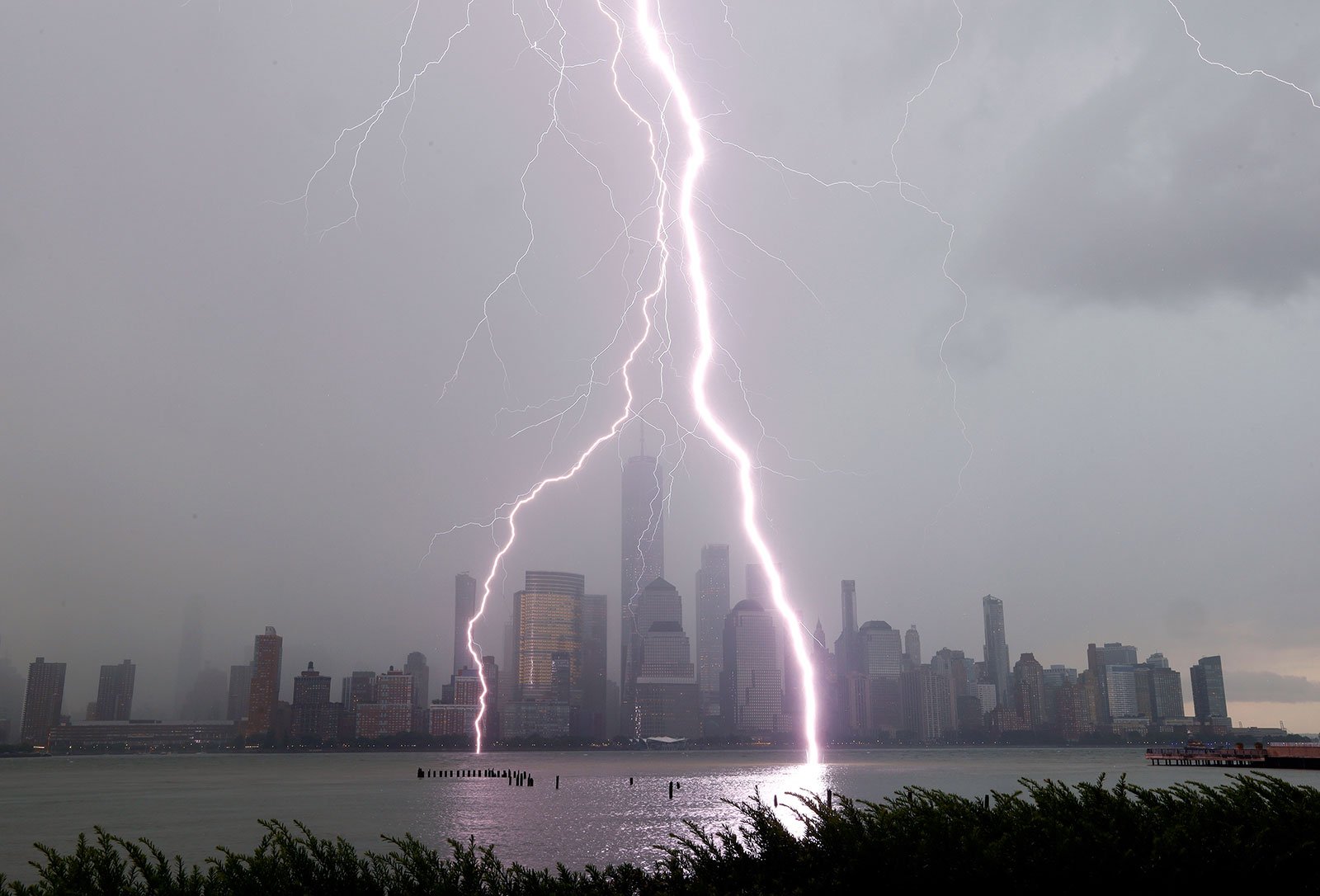 Why whales don’t get brain damage when they swim — ScienceDaily

Eczema: The best ways to manage the condition this winter…